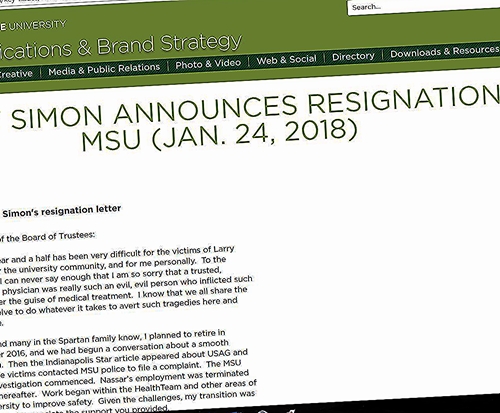 This guest column by the co-partner of TannerFriedman strategic communications originally was posted Wednesday night at that Farmington Hills agency's blog.

Michigan State University’s president appears to have accomplished a PR first. When can you ever remember a resignation letter worsening a crisis?

There is so much wrong with this arrogant, gutless, insensitive and irresponsible letter that it proves -- perhaps once and for all -- that Simon was either ignoring or refusing reasonable PR counsel over the past week of calamity, during which not one iota of leadership was shown. Only an ego big enough for one of the largest campuses in the country could drive this text. It clearly proves that she didn't get it and has led a broken culture. 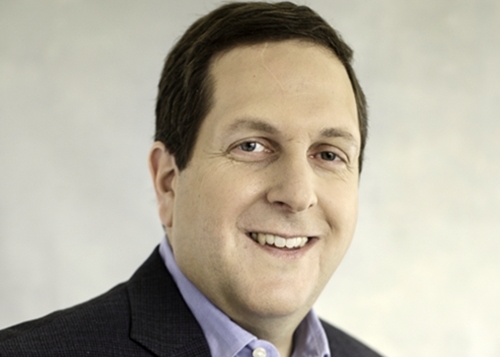 Matt Friedman: "This is unfathomably awful."

These are some of the lowlights:

In letters like this, the rule of thumb tends to be "less is more." The primary objective should be to help the institution move forward.

But in this case, to paraphrase the university's football coach, the PR crisis isn't over. In some ways, it's just getting started.