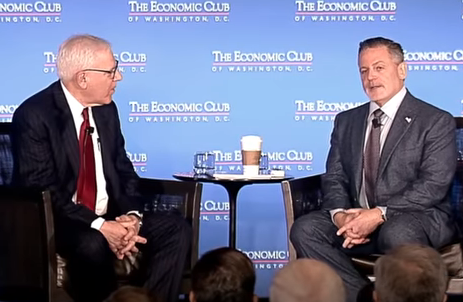 In the past couple of years, Detroit has improved bus service. Last spring, it launched the 3.3-mile QLine.

But public transportation remains woefully inadequatre, compared to other cities.

Quicken Loans founder Dan Gilbert told a Washington, D.C., audience on Tuesday that Amazon’s decision to reject Detroit for its second headquarters shows that the city still has a lot of work to rebuild its national reputation, according to Keith Laing of The Detroit News:

Speaking at the Economic Club of Washington and then with reporters afterward, Gilbert said Detroit will have to improve its public transportation system, but he said he wholeheartedly believes the city has enough talent to attract large technology companies.

"A lot of people were blaming it on talent and transportation. I definitely believe the transportation thing," said Gilbert, who worked on Detroit’s Amazon bid. "But talent, there’s all sorts of talent. We’re Detroit . . . people come. . . . This generation in particular, when I talk to them, they want to impact the outcome of the world. We’re a big sort of magnet."

Gilbert added that there will be future opportunities for Detroit to sell itself to potential employers and event coordinators as a top destination. But he said the city's national reputation that was cemented before its high-profile bankruptcy will be difficult to overcome unless potential suitors are able to experience it now for themselves.

"I think it’s reputation," he said. "No matter what I say up here or to any of you, 50 to 60 years of negative reputations, unheard of in the annals of American history about a major city, is not going to be overcome by my words. But when I get you there, just give me 90 minutes. We'll have a whole different deal."