LeDuff: If the Black Man Gets 28 Years, Then What Does the White Man Get?

Charlie LeDuff is the author of "Sh*tshow!: The Country’s Collapsing . . . And the Ratings Are Great."  See mayor's response to the column at the bottom. 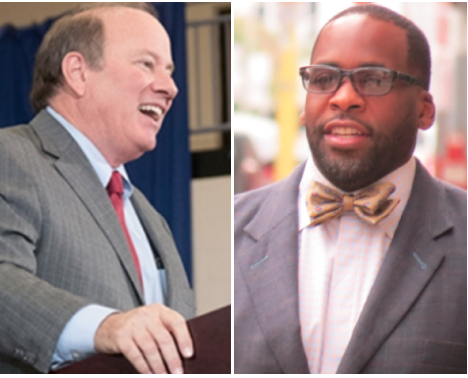 Currently serving a record 28-year sentence in the federal penitentiary for public corruption, Kilpatrick earlier this month informed the president via Facebook that he's found Jesus and Detroit forgives him.

It is important to remember, that the erstwhile "Hip Hop Mayor" is not incarcerated for racy sex-messages, Lincoln Navigators paid for on the city dime, or wild stripper parties at the Manoogian Mansion. Rather, Kilpatrick was convicted of steering rigged water and sewer contracts to his old contractor pal Bobby Ferguson.

Kilpatrick's predicament does beg the question: How was his stewardship of those contracts any different from the current pickle his successor Mayor Mike Duggan finds himself in over the handling of $150 million in federal demolition money in Detroit?

The curious bidding practices have lead to a two-and-a-half year, multi-jurisdictional federal corruption probe, the impaneling of a grand jury and a closely held audit conducted by a state investigator who characterized the process as "collusion," "bid-rigging" and "greased from the beginning."

Duggan, remember, admitted to me in a videotaped interview more than two years ago that he instructed his right hand men to negotiate with hand-picked contractors to tear down houses before the bid was made public to other contractors. (See the video.) 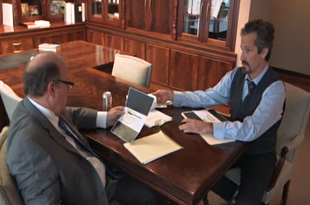 And wouldn't you know it? Not only were those handpicked contractors awarded the work, they were the only contractors to bid on the work.

Two of those contractors, Adamo Group and Homrich, have received nearly half of all the work -- more than $72 million combined -- since the inception of the program in 2014. Other contractors in the meantime have gone broke.

That Duggan interview, I'm told, could be crucial evidence.

"His statements to you, special accommodations made to specific contractors and payments made to contractors without appropriate billings are our focus," a federal official with intimate knowledge of the investigation told me, speaking on the condition of anonymity since that case is still ongoing. "Mayor Duggan is a person of serious interest in this."

Duggan has repeatedly denied wrongdoing by himself or members of his administration. Nevertheless, the mayor personally negotiated fines levied by the state for improper billing and the passing off of price overages to other properties exceeding a $25,000 cap.

Now Deadline Detroit has obtained sworn testimony from top Duggan lieutenants in a civil suit for nonpayment by a demolition contractor. Their testimony confirms that not only was the mayor intimately involved in the process, but demolition contracts appeared to have been awarded by whim.

The following excerpt is from testimony by Jim Wright, the former deputy director of the Detroit Building Authority who was fired 2016 after the state auditor reported what he thought to be fraud.

Q. You indicated a few minutes ago that you were trying to push the project forward. Who was instructing you to do that?

A. Well, it was in everybody's best interest for the project to go along as fast as possible.

A. The mayor's office.

Q. The mayor himself?

A. The mayor himself.

Q. Anybody else at the mayor's office?

A. My boss, Dave Manardo.

Jim Wright did not return calls seeking comment, though he previously told me he had turned over 7,000 business emails to federal investigators from his personal computer.

'Directly to the Mayor'

The following are excerpts from Dave Manardo's deposition, the former city director of project planning and construction, who testified that he fired Wright on orders from city hall.

Q. So you consider yourself part of the DBA (Detroit Building Authority) then.

A. I was overseeing the work of the DBA at that time.

Q. Okay.  So if I understand this, DLBA (Detroit Land Bank Authority) then retained DBA as manager for the Demolition Program?

A. At that time I -- I reported directly to the mayor.

Q. The question is whether you reported to anybody other than the mayor during the time period between March of 2014 to August of 2015.

Q. Okay. And then the ultimate decision was then made by what; a group vote?  Or how was that done?

A. Through discussion, through conversation.  It was just -- it would be settled upon.

Kilpatrick may have picked the worst time to compose "darling dearest" letters to the president as federal prosecutors -- who have gone radio silent -- continue to tie the Detroit demolition case together. If nothing comes of it, then Hip Hop would have something real to complain about.