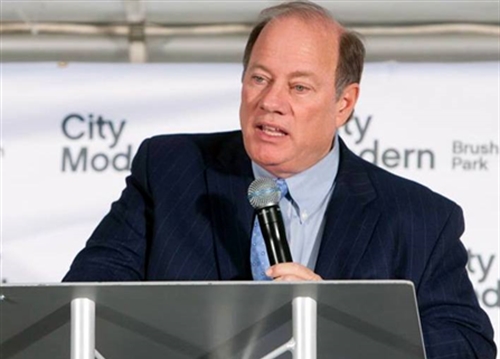 Mike Duggan challenges a Deadline Detroit column by Charlie LeDuff that suggests the mayor may have been directly involved in wrongdoing in Detroit's demolition program.

One passage in the column, headlined "If the Black Man Gets 28 Years, Then What Does the White Man Get?," says:

Kilpatrick's predicament does beg the question: How was his stewardship of those contracts any different from the current pickle his successor Mayor Mike Duggan finds himself in over the handling of $150 million in federal demolition money in Detroit?

I know his professional career has deteriorated badly, but at this point LeDuff has become a complete embarrassment to himself.

The only thing factually true that he claimed in his rant was that Mayor Duggan got directly involved in resolving the past demolition problems and negotiating the settlement.

As a result, the federal and state government released another $135 million in demolition funds. Detroit today is operating in strict compliance with all federal and state contracting policies and continues to demolish houses at a rate three times faster than any other city.