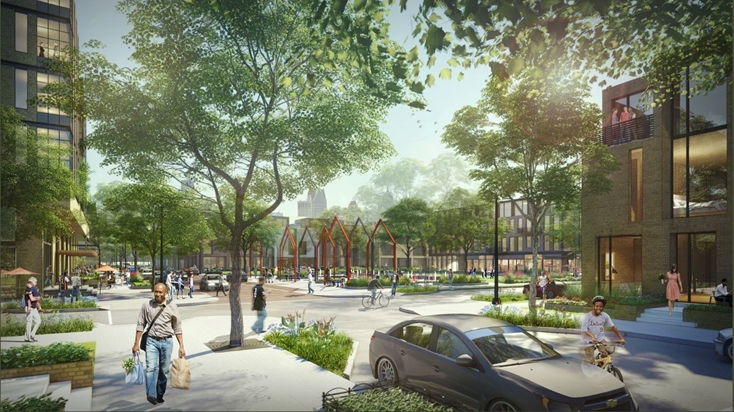 It's the largest project for Dan Gilbert in terms of acreage since his downtown buying and building marathon began more than seven years ago.

Gilbert plans a $300-million, mostly residential development at the former Brewster-Douglass housing projects just outside downtown, Kirk Pinho of Crain's Detroit Business writes. The site is off I-75 near Brush Park.

Plans call for 648 apartments and 265 for-sale units spread across approximately 22 acres and dozens of buildings.

Brewster-Douglass, which once housed up to 10,000 people, had six 14-story high-rises, two six-story buildings and apartment row houses. Demolition ended in 2014.