Derringer: Aretha Was a Mic-Dropping, Mink-Dropping Detroit Treasure Like No Other

Some years ago, I took a seminar with a well-known newspaper writing coach, Roy Peter Clark. He’s funny and engaging, and uses music to illustrate his teaching. To demonstrate what he means by voice, a writer's fingerprint, he compares two recordings of “Respect” -- Otis Redding’s and, of course, Aretha Franklin’s.

Younger fans may not even know Redding’s version, so eclipsed was it by Franklin’s, released two years later. The lyrics are a man’s song, talking about coming home, turning over his money, just wanting a little respect in return -- a more common domestic arrangement in 1965.

Then Franklin took it on, and as the judges on those singing shows say so often, made it her own. 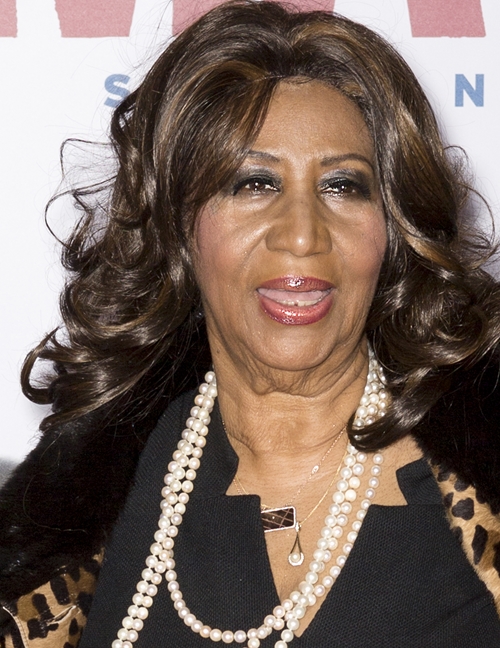 Aretha in December 2014 at a Manhattan premiere of the film "Selma." (Deposit Photos)

With a more muscular arrangement and her even more muscular voice, she turned it into a feminist anthem. “It sounds like there’s this army of women behind her, backing her up,” Clark said in that seminar. Otis Redding is said to have heard it and remarked, “Damn. That little girl cut me.”

When Franklin died Thursday at her Riverfront Towers apartment, Detroit lost its most enduring musical talent, no small thing in a city that gave the world so many of them. What’s more, Aretha stayed in the Detroit area. The Motown era flowered and died, and most of its stars either beat it for the coasts or settled into modest careers as working musicians or genteel poverty. Smokey Robinson lives somewhere the winters aren’t so harsh. Jack White fled to Nashville. Aretha stayed.

She had her bouts with financial trouble, too; you can’t live here five minutes without hearing those stories. But her fire kept burning, because every time she opened her mouth, she could call on that voice. She was, truly, an artist.

Related coverage: What She Means to Me: Memories of Hearing, Meeting and Respecting Aretha Franklin
♦ Aretha's Hat Guy: Southfield Designer Went from Backstage to Spotlight on 1/20/09

People saw her out and about in Detroit, although not often. She wasn’t a social butterfly.

I met a man who nearly wept, telling a story about how he met her at the meeting of some board his aunt served on with Aretha. Lunch was served, and he found himself seated next to her. She gave him some of her food, an act he considered as holy as receiving loaves and fishes from Jesus himself.

Someone else told me about seeing her in a Kroger in Bloomfield Township, late at night. She was after a particular brand of macadamia nuts. She wore a floor-length fur coat and a pink baseball cap.

Franklin’s passing will cue up “Respect” on a million radio tributes, because that was Aretha’s biggest hit and of course it’s the one everyone knows, but I burned out on it years ago. Remembering her for one song is like remembering Prince for “Let’s Go Crazy,” when both artists’ catalogs are rich and deep. “The House That Jack Built” or “Baby I Love You” are my personal Top 40 favorites, but if you want to see Aretha as the genius she was, look no further than her performance nearly three years ago at the Kennedy Center Honors, singing Carole King’s “(You Make Me Feel Like) a Natural Woman,” another classic whose provenance Aretha obliterated just by singing it herself. 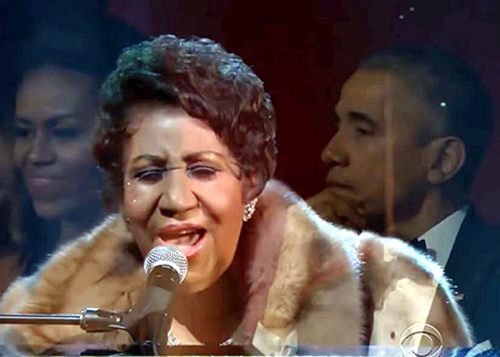 She was 73 at the time, and had been singing in front of audiences for more than 60 years by that point. Voices like hers often break down in old age, or are at least diminished. The orchestration and backup vocals are perfection, of course, but at the center of it is Aretha, first at the piano and then at center stage, in the spotlight, dropping her mink and reaching for the sky, belting every note like her life depended on it. There’s President Obama in the balcony, wiping away tears. Carole King looks like she might pitch right over the rail.

She turned a black-tie event into black church.

If you want to read a satisfying lioness-in-winter retrospective of Franklin’s legacy, I recommend David Remnick’s "Soul Survivor" profile in The New Yorker from 2016. He concludes with a quote from one of her contemporaries, who sums it up with a precision only a fellow musician can:

“I don’t care what they say about Aretha,” Billy Preston, who died in 2006, once said: “She can be hiding out in her house in Detroit for years. She can go decades without taking a plane or flying off to Europe. She can cancel half her gigs and infuriate every producer and promoter in the country. She can sing all kinds of jive-ass songs that are beneath her. She can go into her diva act and turn off the world.

"But on any given night, when that lady sits down at the piano and gets her body and soul all over some righteous song, she’ll scare the shit out of you. And you’ll know—you’ll swear—that she’s still the best fuckin’ singer this fucked-up country has ever produced.”