New Yorker Magazine: 'The Fight for Purity in Michigan and the Democratic Party'

Dark money in politics refers to contributions that can't be traced to donors.

Michigan has a problem with that, The New Yorker magazine points out in a story titled: "The Fight for Purity in Michigan and the Democratic Party." 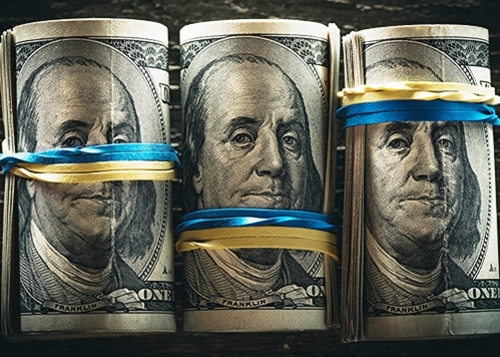 The piece by Benjamin Wallace-Wells talks about the primary fight between gubernatorial candidates Abdul El-Sayed and Gretchen Whiter, who won last tuesday:

The conflict between Whitmer and El-Sayed began to emerge early, during the primary race’s long, slow spring.

In late February, The Detroit News reported that four Blue Cross Blue Shield executives had planned a Whitmer fund-raiser for March 7, and that the company’s political-action committee had given her campaign “one-time permission” to invite its 8,000 employees. The event raised a hundred and forty-four thousand dollars for Whitmer.

A tax-exempt organization called Build a Better Michigan, a so-called 527 group that was able to accept donations of unlimited size, began airing ads backing Whitmer in June, spending $1.8 million. Under federal rules, the group was not required to report its donors to the Internal Revenue Service until July 15th, and the agency likely would not make them public until after the primary.

Questions about Blue Cross’ support of Whitmer, and how much more the company might have donated through Build a Better Michigan, were already circulating when, on June 6th, El-Sayed sharpened his critique. At a press conference in Detroit, he proposed a single-payer health-care program for Michigan—and took repeated aim at Blue Cross, which controls seventy per cent of the state’s health-care market. “Their C.E.O. made thirteen million dollars last year, while six hundred thousand Michiganders didn’t have access to health care,” he said.

El-Sayed did not mention Whitmer, who did not endorse a single-payer system, by name, but he said, “Now they’ll tell you it can’t be done. Well, I would say if you’re taking corporate bribe money from the big corporations who don’t want it to be done . . . Yes, it can’t be done.” (Whitmer strongly objected to El-Sayed’s claims of corruption throughout the campaign. Blue Cross officials repeatedly declined to comment on donations to Whitmer.)

Purity in politics can be hard to prove. It has grown even harder in the past decade, as new state and federal campaign-finance laws have helped to conceal many donors, and Michigan presents an especially dramatic case. As Craig Mauger, the executive director of the Michigan Campaign Finance Network, a nonprofit organization that tracks money in campaigns, told me, the state is “pretty notorious for the amount of dark money that pours into our races.”