Squawking works this time, according to follow-up posts at a Facebook page for ticket buyers unhappy with last Friday's inaugural Detroit Sushi Festival at Eastern Market.

"I was able to receive a full refund," says Matt Gwast of Detroit, who created the page last weekend. He had contacted the promoter at detroitsushifest@gmail.com.

Confirmation was received through EventBrite and [will take] approximately seven business days until the credit appears. Shamrock Events LLC replied ". . . We have refunded multiple people already and have absolutely no problem continuing to do so. . . ."

I have had several communications with Shamrock Events LLC and feel that they are committed to refunding those people who request it.

Others got refunds for half the $40 ticket cost. Gwast replies to one: "I was offered half and did not accept."

They emailed me back within a few hours, stating they are sorry that I was unhappy and credited me half of what I paid. I feel this is fair, as they have costs to cover regardless of how unsuccessful the event was.

Instead of enjoing sushi rolls at a new Detroit event, some ticket buyers feel they were rolled. 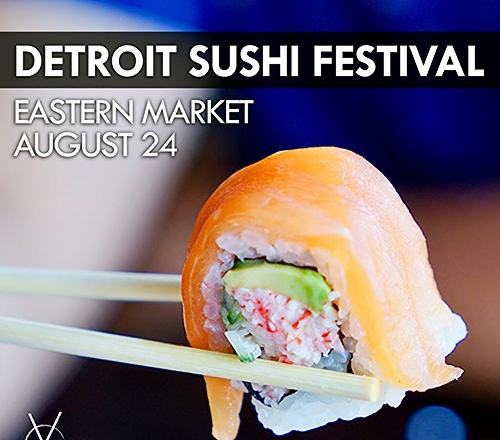 People are enraged and demanding answers after a pricey sushi festival in Detroit left some with long lines and no sushi at all. The Detroit Sushi Festival . . . was criticized by many attendees for a "terrible experience." . . .

More than 50 negative reviews were posted on the event's Facebook page, with many complaining and demanding their money back.

There was no response from Shamrock Events, the company that put on the festival.

"It seemed like over capacity," Colby Renner of Plymouth tells the broadcaster in the video below.

An event participant, Sushi Hana of Bloomfield Hills, apologized the next day on Facebook for "a system that could not guarantee the best quality." 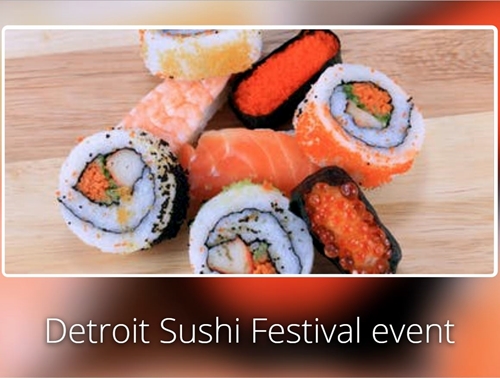 In hindsight, yellow or red flags are visible:

The event was organized by an outside firm paying to use an Eastern Market shed, but image damage extends to the Detroit landmark.

"We have been to various events held at Eastern Market," posts Jamey McCloskey of Wayne, "but won't be returning because we don't want to risk having the same experience that occurred with the sushi fest."

Alma Cruz of Detroit feels similarly about the host site. "I went based on the good reputation of events that Eastern Market Corporation has there, which are usually fantastic," she posts Monday. "But this makes me hesitate. . . . Eastern Market should put pressure on Shamrock Events to come clean and issue a refund for such a horrible event." 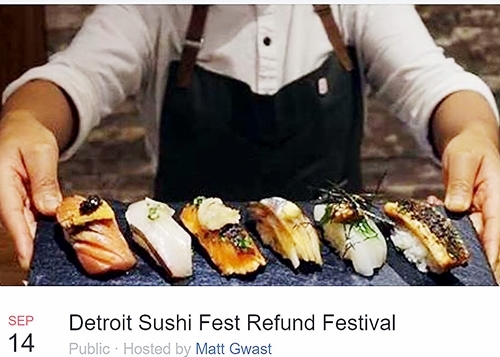 These are among other howls on social media, including at an unofficial Facebook page called "Detroit Sushi Fest Refund Festival:"