The Larry Nassar mess is a toxic spill that continues to pollute Michigan State's reputation eight months after he began state prison terms that will keep him behind bars for life.

The latest contamination comes from an article in The Atantic magazine, which explores why university trustees have "somehow emerged from the scandal unscathed."

"Most board members have shirked all responsibility for how the case was handled," writes associate editor Caroline Kitchener, an author.

It's been two years since the Nassar story broke—and eight months since the sports doctor was found guilty of assaulting more than 150 women, including dozens of former MSU students. . . . MSU’s top governing body—its board of trustees—has remained entirely intact, despite campus-wide protests calling for all eight members to step down.

MSU, the University of Michigan and Wayne State are the only U.S. universities that fill board seats via statewide elections. "The vast majority of boards at public colleges are appointed by the governor of their state, a process endorsed by industry specialists," the magazine explains. 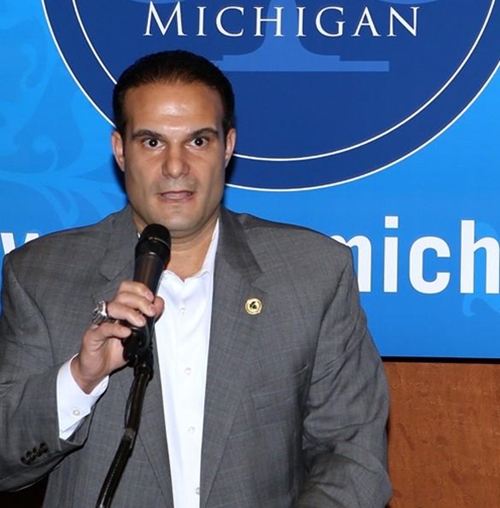 Brian Mosallam: "We have no oversight."
Flickr photo by American-Arab Anti-Discrimination Committee)

It quotes Michael Poliakoff, the president of the American Council of Trustees and Alumni, who says: “The MSU board was not nearly as proactive as it should have been." In other states, he adds, "if the board is not acting in a proactive, responsible manner, the governor will be called to account."

After MSU’s board members are elected to eight-year terms—the norm in other states, according to Poliakoff, is four to six years—by a constituency that, for the most part, has no connection to the school, there is very little to compel them to stand up to the administration, or to answer to MSU students, faculty, and staff.

"You have to understand, this is a very, very unique structure," current MSU board member Brian Mosallam told me in an interview. "Because we are elected in this way, we have no oversight—except what we do to police each other." 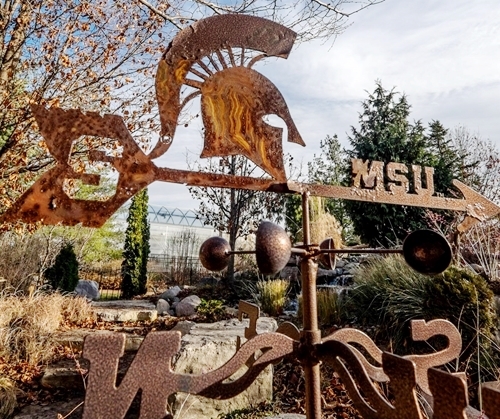 Four of the current MSU trustees have held their position for 10 years or more—and [Joel] Ferguson, MSU’s longest-serving trustee, was elected in 1986.

With these long tenures, Poliakoff said, board members risk becoming too close with the administration. "They can become complacent about the actions of university personnel—and not inquire in the way that responsible fiduciaries should," he said. When responding to a sweeping scandal like the Nassar case, he told me, trustees need to question every administrator who could have possibly been involved, regardless of how well they know them. . . .

Several groups want to change the way the board works. James Lower, a Michigan state representative, has proposed amending the constitution to have trustees be appointed by the governor, rather than selected through statewide elections. Other figures on campus, including Mosallam and the leaders of the faculty senate, have called for faculty and student representatives to be added to the board. But that probably won’t happen anytime soon.

Until the trustee-selection process changes, some Michigan residents may be paying closer attention to the names of the board candidates at the bottom of their ballot.