LeDuff: To Serve and to Profit -- City Trademarks Detroit Police™ 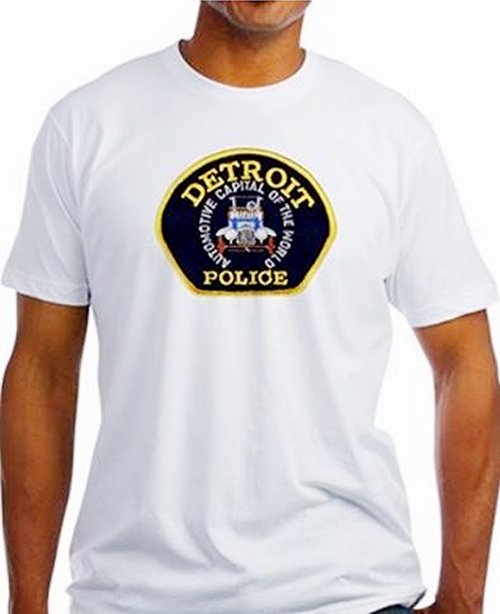 Any reproduction or facsimile of these names on merchandise like T-shirts, diapers, shot glasses, wine glasses, beer and coffee mugs, lunchboxes, skull caps and ball hats is strictly prohibited by federal law without the express written consent of the City of Detroit. Violators are subject to a fine of up to $150,000 and/or prison time.

The city applied last year and has been granted sole ownership of their commercial use by the United States Patent and Trademark Office. Vendors and charities may no longer use or reprint the name on these specific items without permission. Sweat socks are verboten. Belt buckles remain a gray area.

"It is important things get sold out of the gift shop and museum to make sure things are official," said Patti Kukula, executive director of the Detroit Public Safety Foundation, a nonprofit connected to the city. The foundation, which raises money through grants, donations and the sale of bric-a-brac at its gift shop to supplement training and tools for the Detroit Police Department™, as well as Ms. Kukula's $110,000 salary, has been granted use of the names.

"We don't want fake T-shirts going around," she said. 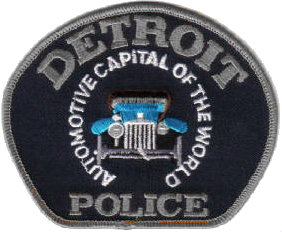 The thousands of dollars in extra shot glass and skull cap revenue could not come at a better time. Mayor Mike Duggan has directed the Detroit Police Department™ to identify more than $10 million in budget cuts as officers leave due to low pay, violent crime rises, and billionaire developers line up with tin cups.

"We have a wonderful jersey with Detroit Lions colors," Kukula said. "Just 35 dollars!"

New York, in the wake of 9/11 now sells more than a half-million dollars a year in merchandise. Los Angeles, home of the television series Dragnet and SWAT, is believed to be the first to trademark its name and symbols two decades ago, in part to protect its image against unsanctioned merchandise like the infamous T-shirt: "LAPD -- Treats You Like a King."

The LAPD also has an Entertainment Trademark Unit for movies and television. Detroit has been granted no such trademark to date.

"It surprises me," said Tiffany Ellis, a Michigan based attorney with an expertise in trademark law. "It appears Detroit's reason isn't to protect the consumer on the source of goods. It's really a commercial tool."

The city also has applied for a trademark on Detroit Fire Department. That's pending.