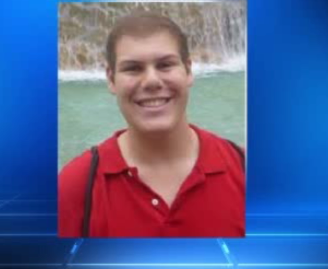 Three families have reached an out-of-court resolution with the Jewish Community Center (JCC) in West Bloomfield regarding a summer camp counselor who took naked photos in a locker room in 2015 of their sons, ages 4 and 5, and posted them on a Russian image-sharing website.

Matthew Kuppe, now 24, pleaded guilty in federal court in 2016 to distribution of child pornography and is serving a 10-year prison sentence in Lisbon, Ohio.

The confidential agreement comes in lieu of a lawsuit, which wasn't filed.

The case had become a major scandal, particularly in the Jewish community. The JCC faced questions as to whether it could have prevented the abuse. Staff members expressed concern about Kuppe's "overly touchy" behavior with children in 2014, the year before his arrest, but the JCC took no action to remove him, according to court records in the criminal case. Once the scandal surfaced, three staff members were fired.

William Seikaly, the attorney for the families, declined Friday to say how much money, if any, was involved. He referred Deadline Detroit to the JCC's public relations firm, which issued a statement:

The families whose lives were impacted by the events that occurred at the Jewish Community Center Summer Camp in 2015 have had the opportunity to meet with the leadership of the JCC. It was a meeting in the best traditions of our Community wherein it was agreed that the safety of the children in our community is and should always be our top priority.

While the parites recognize that incidents such as the one that occurredd at the JCC can happen and do happen in communities around the country, it was agreed that additionaly safeguards should be implemented to insure that, to the greatest extent posssible, it never happens again. In light of this, the JCC and the families have chosen to work with one another not only to make our community a safter one, but to make the JCC operations a model for other communities.

Attorney Marc A. Deldin, who represented former Detroit City Council President Charles Pugh in a federal lawsuit filed by Seikaly on behalf of a former Detroit student, says this of the Farmington Hills attorney:

"Bill is a ferocious advocate for his clients. i litigated a case against him for a year, and there's no conceivable way that the JCC got out of this without compensating Bill's clients with money."