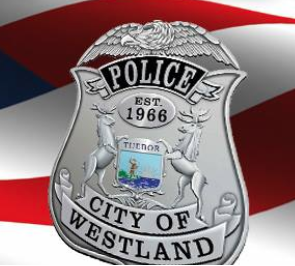 A Westland Police sergeant and two paramedics face involuntary manslaughter charges in connection with the 2017 jail death of a man who was convulsing for more than an hour and died from cocaine toxicity. They're accused of failing to provide proper medical care.

“The alleged conduct of the defendants in this case shows an inexcusable and criminal disregard for human life from those who have the duty to serve, protect, and render aid to those in need," Wayne County Prosecutor Kym Worthy says in a statement.
Sgt. Ronald Buckley, 54,  and Westland paramedics Matt Dicosola, 50, and Leah Maynard, 36, are charged in the jail death of William Marshall, 36.
According to Worthy's press release, Marshall was arrested for cocaine and marijuana possession during a Dec. 10 traffic stop. Police noticed a white powder on the side of his mouth, but Marshall claimed it was from a donut and denied taking drugs. He spoke and walked normally.
At 6:39 a.m. he was taken into the Westland Jail. Police swabbed his mouth to test for drugs.
At approximately 7:50 a.m., Marshall began convulsing, having muscle spasms and couldn't walk.
Other inmates in his cell asked jail personnel for help. Buckley, the jail watch commander, called EMS and Westland paramedics Dicosola and Maynard were dispatched to the jail, the press release said. They arrived at 8:01 a.m.
Sgt. Buckley and the paramedics reportedly observed  Marshall on the cell floor at 8:02 a.m and saw that he was all convulsing and asking for help. Marshall said he was having a seizure. Marshall was dragged into a hall.
Authorities allege that the paramedics failed to take his vital signs or provide medical assistance. Instead, they just watched the inmate on the floor, in distress, repeatedly requesting their help.
At 8:07 a.m., Marshall was placed back in the cell while convulsing, and an inmate tried to come to his aid.
Paramedic Dicosola looked at Marshall and indicated that he and paramedic Maynard could transport him to the hospital in case he had ingested something, according to the prosecutor's office. But he concluded that he was not having a seizure.
Buckley determined that  Marshall should remain in jail and dismissed the paramedics at 8:10 a.m.
Shortly before 8:30 a.m., the sergeant allegedly saw Marshall continue to have convulsioins. Buckley failed to seek medical attention for Marshall when he left the cell area at approximately 8:30 a.m.
The convulsions continued. At 9:17 a.m., Marshall was motionless. At 9:27 a.m., Sgt. Buckley observed that Marshall not moving and he had another officer check his pulse and drag him into the hall, where they administered CPR and used a defibrillator.
At approximately 9:39 a.m., medics returned and took Marshall to a hospital, where he was pronounced dead.