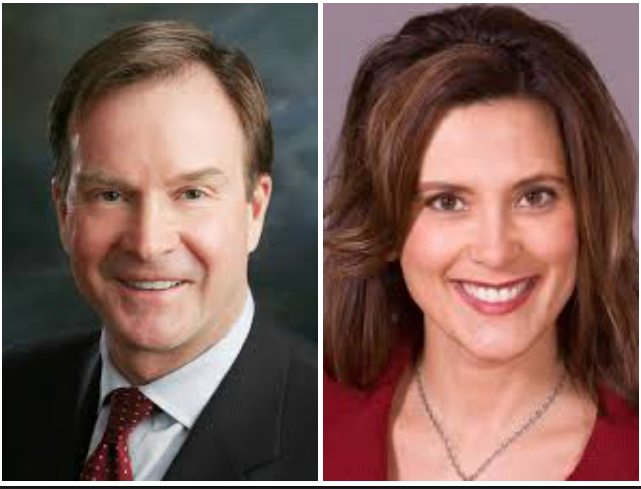 With about a month to go before the Nov. 6 election, Democrat Gretchen Whitmer is holding on to a double digit lead over Republican Bill Schuette in the gubernatorial race, according to a poll conducted for the Detroit News and WDIV.

The latest poll represents a slight drop for Whitmer, who had a 14-point lead in early September. Still, the attorney general remains relatively unpopular -- much like GOP President Donald Trump, who endorses him.

Schuette shows no signs of panic. "But I'm puzzled as to what the basis of his optimism might be at this point," analyst Bill Ballenger, a Republican former state legislator, tells The News.. "His campaign ads are pounding away at the same thing, and it's just not producing any forward momentum."