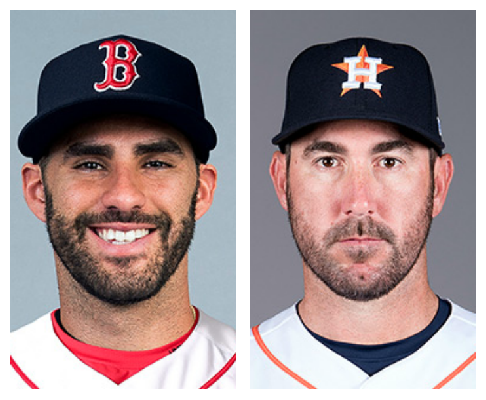 When you look back at the past several years, you'll recall that the Detroit Tigers had some of the most outstanding players in the majors.

So, it is with mixed emotions that many Detroit Tigers fans watch some of those stars shine on other teams.

On Friday night, J.D. Martinez of the Boston Red Sox and Justin Verlander of the Houston Astros helped their teams snap up a victory in the opening games of the playoffs.

That traveled 374 feet and left the bat at 107 mph. Martinez of course mashed 43 homers in the regular season, and he slugged .683 at home.

In Houston, Astro Justin Verlander took a no-hitter into the sixth inning. He ended up allowing two hits and two runs in five and a third innings. Houston beat the Cleveland Indians 7-2.

Verlander, the Houston right-hander, was masterly through the first five innings, with Cleveland’s only base runner in that span coming on a walk to Jose Ramirez with two outs in the first. He set down 13 in a row after that, fanning seven, including striking out the side in the third.