Nearly seven months after a judge removed the eccentric, incompetent Karen Spranger as Macomb County clerk, county voters have been given an opportunity to right a wrong. 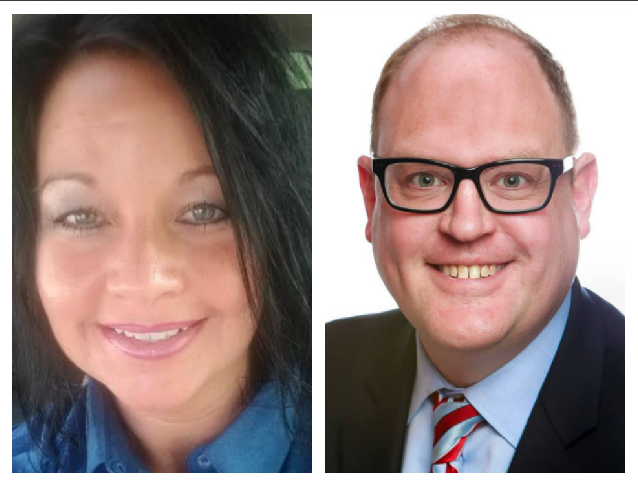 But so far, it seems that nearly everything in the campaign to replace Spranger and her tumultuous reign has gone wrong.

Macomb County voters were granted the extraordinary chance to engage in a “re-do” of the 2016 vote. A special election was called to fill the county clerk vacancy, which will be decided on the November ballot. While the Macomb electorate hoped to establish a clean slate, both Republican and Democratic candidates for clerk have generated numerous controversies. The contenders claim they will restore calm at the clerk’s office but as this political drama unfolded, cleaning up the Spranger mess has led to a messy election.

After the extraordinarily high-profile demise of Spranger, a Republican who somehow beat two other candidates in the 2106 GOP primary elections, what we now have is almost a rematch -- Democrat Fred Miller, who lost to Spranger in 2016, facing another incomprehensible Republican nominee, Lisa Sinclair, who has a shaky background.

Sinclair was arrested in 2003 for drunken driving when she crashed her vehicle into a car stopped at a red light. In 2011, she was arrested in Marysville after a drunken, profanity-laced tirade aimed at police while at a gas station. Eight lesser traffic-related incidents, including driving with expired plates and illegally parking in a handicapped space, were cited from 1999-2017.

In addition to her criminal record, the Harrison Township Republican filed for bankruptcy in 2013 after racking up $380,000 in debts and reportedly failing to pay her state income taxes in 2009, 2010 and 2012, as well as her federal taxes in 2011.

A registered nurse and a campaign novice, Sinclair is running to become the chief elections official of Macomb County, a position that includes high-profile efforts to encourage voting. Yet in the past 10 years, Sinclair has only voted five times, records show.

She didn't vote at all between November 2010 and November 2016, missing the presidential primaries of 2012 and 2016, the gubernatorial election of 2014, several votes on state ballot proposals, every school board election, local millage elections and numerous state House and Senate elections. But for the first time in eight years, she showed up for the state primary elections this past August – to vote for herself.

Given all that baggage, one would think 2018 is Miller time. But the Democratic candidate has faced his own campaign difficulties. Miller has no legal or financial problems, but has suffered political wounds and some fellow Democrats openly hope that he will lose.

A former state representative and county commissioner, Miller inexplicably overreached in the 2016 race, devising a scheme intended to make him the only Democrat on the ballot for the clerk’s office. When he lost in the general election to a GOP candidate of such a weak caliber as Spranger -- a peculiar political gadfly with no job and no government experience -- some Democrats blamed Miller for an unforgivably lackluster campaign. After all, Macomb Democrats previously held the county clerk’s seat for decades.

So, the Mount Clemens Democrat entered this year’s replacement election with two strikes against hi  in a county party already divided among two factions.

In May, Miller’s Democratic nemesis, County Executive Mark Hackel, put out an anybody-but-Miller message to his broad band of supporters. Among 17 candidates, Hackel backed state Sen. Steve Bieda, D-Warren, who's known as an earnest, hard-working legislator.

When this summer’s Democratic primary campaign unfolded, a shadowy group of Miller supporters known as the Phil Hart Democratic Club pummeled Bieda with a series of negative ads that portrayed the state senator as a phony linked to lobbyists and insider politics. Miller remained mum, refusing to talk to the media, while many Democrats were outraged that an obscure Democratic group was thrashing one of their own. Bieda tried to fire back and an ally, a local black minister, inflamed the situation by calling the Hart Club a whites-only group.

Not what Macomb needed

Following Miller’s contentious primary election win, fast forward to the fall campaign and we see the pro-Miller contingent again engaging in crass aggression. Earlier this month, the president of the Warren Democrats posted online a Facebook screenshot that seemed to suggest Sinclair was struggling to remain sober. A public apology was soon issued after the screenshot was revealed as a Facebook comment made by a different Lisa Sinclair living in Arizona.

This was not how it was supposed to be. The hope was that a quiet, clean election would fill the clerk’s vacancy. The county had been embarrassed by Spranger’s 15-month reign, with many voters surely wishing they could take back their irrational choice of 2016. Virtually no Republican of any status ever stepped forward to defend Spranger’s behavior during the crisis. In fact, many GOP loyalists seemed relieved when she was removed from office by a court order that concluded Spranger was not a legal resident, after she claimed to live in a debris-filled, ramshackle house in Warren.

At this point, fair or not, it seems unlikely that whoever wins the county clerk race can avoid becoming another smudge on Macomb County’s reputation.

The opportunity offered by this unusual election was to put the past behind, to look forward to a smooth road ahead. But disgruntled county voters will continue to have their eyes focused on the rearview mirror.