Aretha's Empty Bloomfield Township House Goes on the Market for $800,000 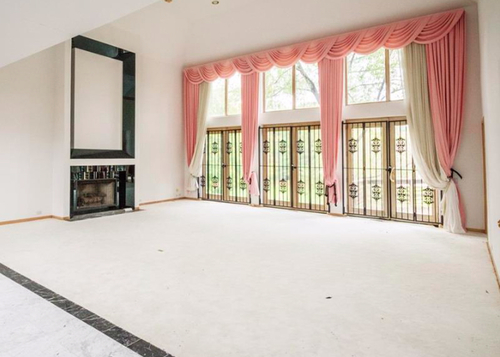 As this is the season when, some believe, the membrane between the living and the dead is at its thinnest, a purchase possibility for those of you with deep pockets: Aretha Franklin's house. One of them, anyway.

The late Queen of Soul's Bloomfield Township house, located in the Hills of Lone Pine, a gated subdivision, is on the market, empty, but it still "contains her flair," the Freep reports.

A full listing is at the Realtor's website, with many photos. The house looks like it could use an update, which may explain the price.

Franklin died in August at her Riverfront Towers apartment.