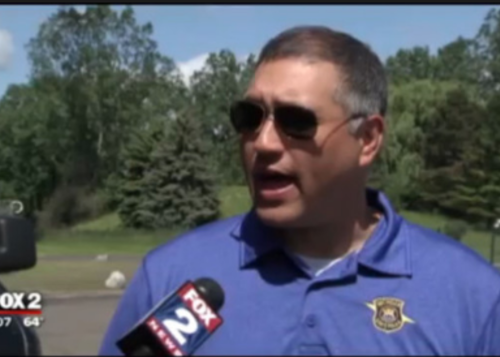 A former Michigan state trooper's trial in the death of a Detroit teenager ended with a mistrial after the jury deadlocked, local media are reporting.

Mark Bessner was charged in the death of Damon Grimes, 15, in August 2017.  The Detroit News' coverage says:

Grimes was driving an ATV when Bessner and his partner gave chase in the area of Rossini and Gratiot. Bessner Tased the teen and seconds later Grimes crashed into a parked pickup on Rossini around 5:30 p.m.

Bessner testified last week that he deployed his Taser because he believed his life and that of his partner, who refused to testify during the trial, was in danger. The former trooper also said he saw Grimes reaching his left hand toward his waistband.

Several witnesses testified before Bessner's testimony that they did not see Grimes' hands leave the handlebars of the ATV that day.

Bessner had a history of using force when he was with the Michigan State Police. He resigned after the incident.