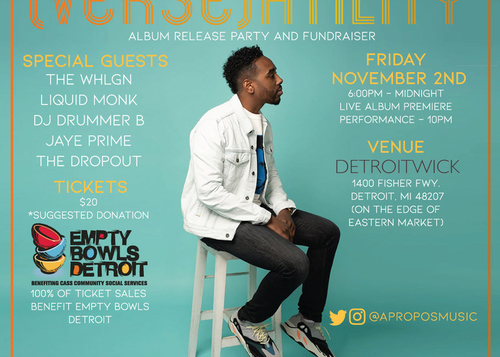 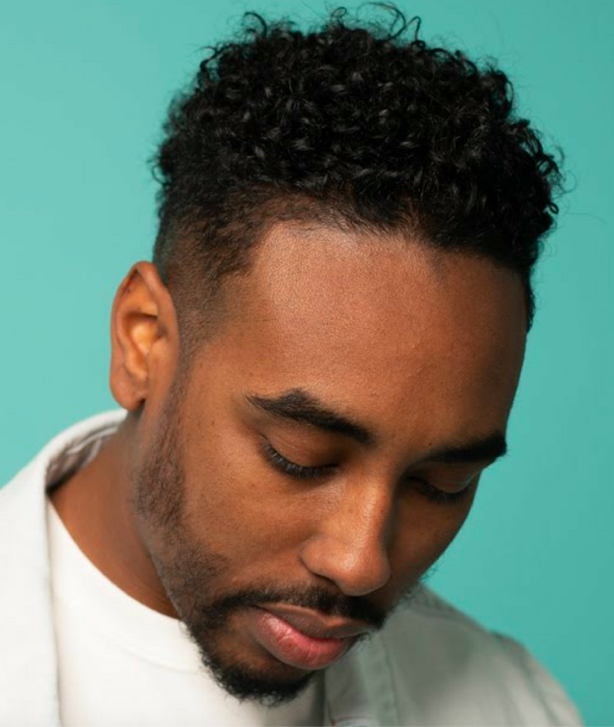 Neo-soul Detroit performing artist Apropos will hold an album release party and fundraiser tonight at Detroitwick, a gallery/performance space on the edge of Eastern Market.

The event will launch "(Verse)atility," Apropos' latest, and raise money for Empty Bowls Detroit, a Cass Community Social Services charity. The event starts at 6 p.m. and runs until midnight, with the performance beginning at 10 p.m.

Special musical guests include the Whlgn, Liquid Monk, DJ Drummer B, Jaye Prime and the Dropout. Suggested donation is $20.

According to his official bio: "Channeling a diverse group of influences, including everyone from Prince, Michael Jackson and Marvin Gaye to Jim Morrison and Lauryn Hill, Apropos strives to make music with a style and sound that defies traditional genres. With the renowned roots of Detroit's iconic music history in mind, Apropos hopes to channel the legends of the past and bring a revitalized, 'Modern Motown' sound to the world."

Detroitwick is at 1400 Fisher Freeway, at the corner of Russell Street, near the Gratiot Central Market.