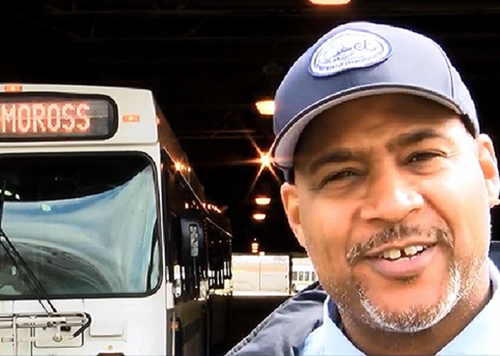 Sean Martin: "It was time to move forward" (City of Detroit photos)

An uplifting story of resilience and renewal -- for a transit worker and his city -- is presented by Detroit at Work, a career training and employment service that's part of city government.

A two-minute video features bus driver Sean Martin as an example of someone benefitting from a fresh start after time behind bars. He left Jackson State Prison in July 2005. (His crime and sentence length are not disclosed.) He's now working toward an industrial technology degree.

"We just can't afford to waste lives in this city," Mayor Mike Duggan is quoted as saying about a re-entry program for "returning citizens," as they're called. "We need those talents, so now we're taking those talents to rebuild."

Here's what the grateful Detroit Department of Transportation driver says in a presentation produced by Sanders Bryant, Nicole Simmons and Marcel Gooden of the city's Media Services Department. (The video is below this transcript.) 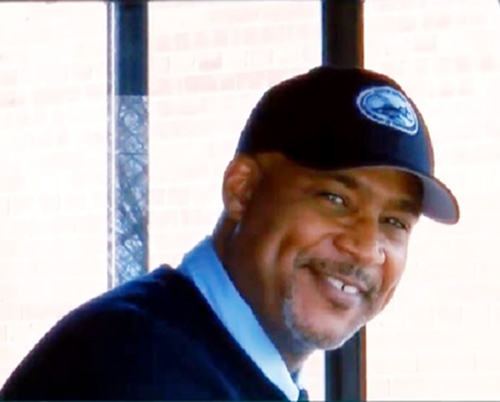 "It really felt like I was back and accepted."

When I was released back in '05, it was hard finding a job. I got out, went to school, got a college degree and employers still wouldn't hire me. I thought about relocating.

DDOT offered me an opportunity for employment. I think it's appropriate to have people who are rehabilitated out here working, doing something constructive with their lives. DDOT and the City of Detroit gave me that shot. I just look forward to doing a great job.

I just applied [for training] and that's all it took. The next day they said, "Come on in and start." I was like, "They next day?" They was like, "Yes, start."

It was great news. Everybody was proud of me. I felt like there was hope.

It really felt like I was back and accepted in society, back as a productive citizen. And it was time to move forward.

Everybody here is like family at DDOT. Family don't give up and that's why I think DDOT is like a family. . . .

Detroiters are staying now. It's like a land of opportunity. Detroit is back.