Lapointe: The Grande Ballroom -- Sex, Drugs and Music -- Gets on Historic Registry 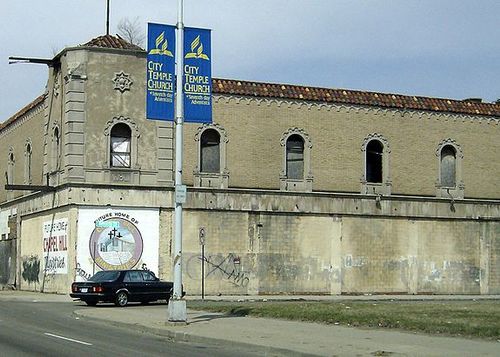 An undated photo of the dilapidated Photo by Mike Russell/Wikipedia

The author, a regular contributor, is a former reporter for The New York Times and Detroit Free Press.

Fifty years ago, Peter Werbe dropped by the office of Russ Gibb, the promoter who ran the Grande Ballroom.

A young woman interrupted by bursting through the door and shouting her objections to the psychedelic lighting and its negative effect on the musicians on stage. 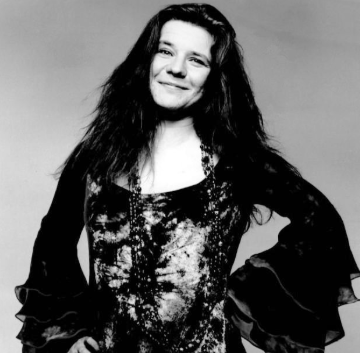 In that Joplin was the star of the show, Gibb reacted quickly.

Werbe then worked as an editor at the Fifth Estate, Detroit’s weekly underground newspaper which covered – among other things – rock music and politics. He reacted Tuesday to news that the National Register of Historic Places now includes the joyously haunted, abandoned pile of bricks at Grand River near Joy Road on Detroit’s west side.

“It was a den of iniquity,” Werbe said, not disapprovingly. “There was music. There was marijuana. There were a lot of sexual liaisons.”

Werbe recalled the hedonistic and revolutionary rhetoric of John Sinclair, then the manager of the MC5, which blasted such messages through Marshall amplifiers. In those years, “the Five” was the Grande’s house band.

“Rock-and-roll, dope and fucking in the streets,” Werbe said of the band’s ethos, as voiced by Sinclair. “Total assault on the culture.”

Somehow, the culture survived, as did the Grande (pronounced “GRAN-dee”). It was built in 1928, when Detroit was flush. Back then, the mobsters of the Purple Gang patronized the place and locals danced to orchestras.

It is now boarded up and vacant but with a recent sign of life. A mural painted on it this autumn shows, among other things, MC5 guitarist Wayne Kramer firing his guitar like a machine gun with five-point stars – the kind on the American flag -- bursting from it like bullets. 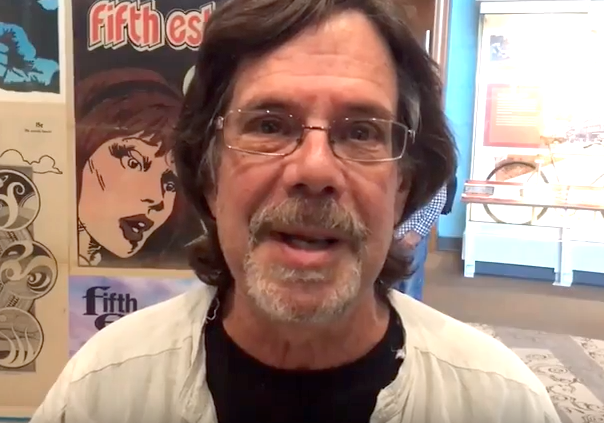 The Grande’s rock era began in 1966 and ended in 1972. It’s been mostly unused since then. In its prime, the Grande served as a laboratory for bands who went on to bigger halls and bigger money. Among them were the Who, Cream, the Grateful Dead, the Mothers of Invention, the Yardbirds, Iron Butterfly, Canned Heat and The Byrds.

And Iggy and the Stooges. The lead singer, who then went by Iggy Stooge and is now known as Iggy Pop, sometimes held a vacuum cleaner hose to the microphone and let it hum. Or he would take off his shirt and rub raw hamburger on his chest and down the front of his jeans.

Werbe recalled how Iggy would sometimes throw himself from the stage into the audience, usually landing in a pile of young women.

“One time, they didn’t catch him,” Werbe said. “He just splattered.”

Another local musician who played the Grande and went national was Ted Nugent, who once told the Free Press that the Grande was “dark, dirty, disorganized and drug-infested.”

Craziness in the bathroom

Then again, it also had its downside. The floors were sticky. The urinals in the men’s bathroom didn’t always work and the stalls with the doors were sometimes occupied by couples who weren't there for the intended purpose.

The show was on the second floor and the place officially held fewer than 2,000 people. Those in line were often greeted by young panhandlers asking for spare change.

One night, Werbe remembered, a picket line protested how Gibb (known as Uncle Russ) had raised the admission price from $2.50 to $4 because Cream topped the bill for that show.

“We denounced him as a capitalist pig,” said Werbe, who could not remember who organized the protest.

Even after the civil unrest of 1967, white suburban teens and young adults of the baby boom generation still came into the city for the shows.

Motown even got into the spirit. Although not named, it sounded as if the Temptations in 1970 were describing the Grande when they sang “Psychedelic Shack:”

Incense in the air
Peace signs painted everywhere . . .
Screaming guitars, and a thousand colored lights
People I’m tellin’ you this place is really out of sight

You never know when you’ll run into a fellow traveler. When commuting to work in New York a few years ago, I took the ferry boat from Hoboken to Wall Street. The ticket-taker noticed my Wayne State hoodie and said he was from Toledo.

He reminded me a little of Otto, the stoner on “The Simpsons.” After the boat left New Jersey, Otto from Toledo ran to his locker and came back with a picture of the Grande’s interior.

He told me of all the great bands he’d heard there and how much fun it was. And every time I took the ferry after that, he showed me the same picture and told me the same stories. And I enjoyed them every time.

Historic designation doesn’t guarantee the Grande will be refurbished and re-opened. The owners are the Chapel Hill Missionary Baptist Church.

But if Ford Motor Co. can buy the old train station and remodel it for the 21st century, perhaps someone in Detroit will fix up another historic structure to tell the tale of a time when Grande was more than just a coffee at Starbucks.