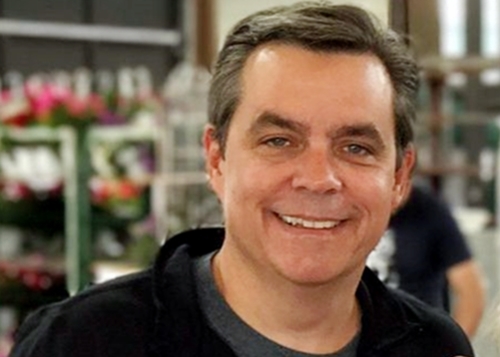 Craig Fahle, the former host of the morning show on WDET 101.9 FM, is starting a daily, half-hour podcast on Deadline Detroit.

"I'm excited to work with Deadline Detroit," Fahle said. "They have a great following, they care about the community and they know which stories matter. It's just a good fit."

"The Craig Fahle Show" podcast, will appear on this site at 1 p.m. Monday-Thursday, and will also be available for download on Google Play and iTunes. At the end of each week, he'll produce a "Friday Fahles" segment with a satircal look at events of the week.

The first "Craig Fahle Show" on Deadline Detroit is Monday.

The host -- known for his conversational style and probing, yet civil approach -- will cover politics, public policy, business, arts, culture and sports.

After leaving WDET in 2014, he spent four years as director of public affairs for the Detroit Land Bank Authority.

Before joining the local public radio station, he worked for Public Radio in Charlotte,  N.C., and the Michigan Public Radio network in Lansing.

He's conducted over 10,000 interviews and has won numerous awards for reporting and his daily public affairs program.

"We're excited about the partnership," said Deadline Detroit Editor Allan Lengel. "Personally, I was a fan of Craig's when he hosted the morning show on WDET."