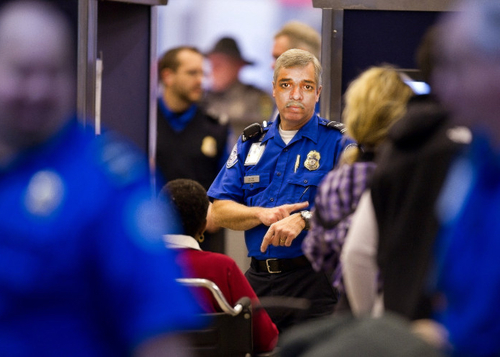 A TSA agent on the job. (Photo: Wikipedia)

"Should we take the money we have instead of getting back and forth to the airport to look for another job because we don’t want to continue to go through this?" is the question agents are now asking themselves, according to Deborah James, a union rep for the American Federation of Government Employees, which represents TSA workers.

TSA workers are gearing up to receive their last check on January 11th. As essential employees, they've been expected to show up to work, with no promise of pay.

Other federal workers facing their last paychecks for the foreseeable future are Customs and Border Protection agents, as well as air-traffic controllers. Some TSA agents elsewhere have been calling in sick in recent days. James said others are resigning to find work elsewhere.