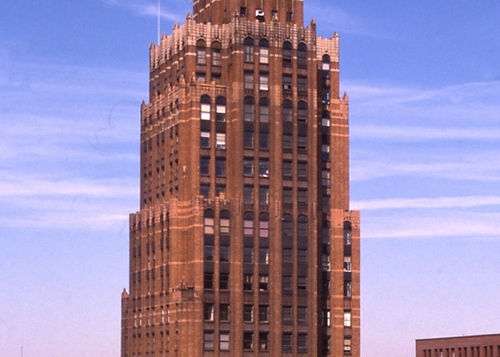 Update, 4:57 p.m. Thursday: Dan Gilbert's company responds to this report, calling it perplexing and misleading, and insisting it cares about workers' safety. Read the full statement below.

The Free Press dropped a Sunday front-pager this morning, and it's a bombshell starting with the headline: Gilbert's Bedrock Detroit pushed inspectors to ignore safety issues 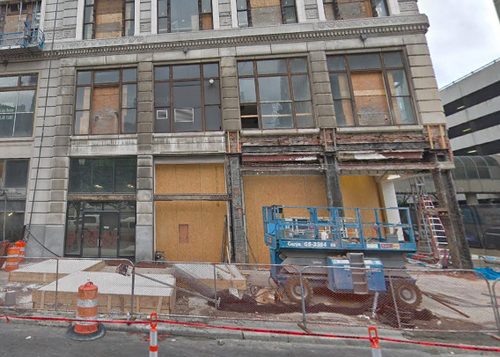 Google Street View shows the sidewalk-level work at the Book Tower in Detroit.

Jennifer Dixon's deep dive explains how the company, part of billionaire Dan Gilbert's real-estate empire, was able to sidestep worker-safety measures in its ongoing renovations of building after building in downtown Detroit.

Bedrock Detroit used its influence to get a rare meeting in the governor's offices and two of its executives were later allowed to tell state inspectors that Detroit's largest developer was exempt from scrutiny after it was cited for worker safety violations.

Executives of the Dan Gilbert-owned company had requested the meeting in the offices of then-Gov. Rick Snyder to "make sure everyone is all on the same page" after Michigan's workplace safety agency in 2016 slapped the company with a $3,500 fine during renovations at the David Stott building in downtown Detroit.

In May 2017, two weeks after that meeting, a pair of Bedrock executives appeared before veteran construction inspectors from the Michigan Occupational Safety and Health Administration and lectured them on how to do their jobs, emphasizing the company's role in downtown's resurgence, a Free Press investigation has found.

Although no workers have apparently been injured during these projects, the Freep prominently displays a photo of two hardhat workers standing on ladders in unguarded windows at the Book Tower, currently undergoing rehab by Bedrock.

Bedrock was able to get MIOSHA citations and penalties tossed after they played their hand.

Bedrock CEO Bill Emerson responded in a statement on Twitter:

The Detroit Free Press and Jeanne Dixon published a perplexing and disappointing article this morning that paints a false narrative with numerous twisted facts, wrong assumptions and general inaccuracies. The grand total of $3,500 in citations which Ms. Dixon cites numerous times in her article took place in 2016.

Bedrock questioned whether those fines were appropriately allocated and that discussion led to a meeting with top officials at MIOSHA. MIOSHA agreed that the 2016 citations were in error. Safety has been and will always be the top priority at all of Bedrock’s work sites. There is nothing we take more seriously and prioritize more than the safety of construction workers on our sites.

In eight years of developing numerous large projects where tens of thousands of construction workers have contributed their time and skills we have demonstrated an exemplary safety record.

We work closely with regulatory agencies at the state and local levels to make sure we are following all laws and rules which help us maintain the highest levels of safety at each and every job site.”

Read below for @BedrockDetroit's statement on the Free Press article: pic.twitter.com/j9XL9bB1QY