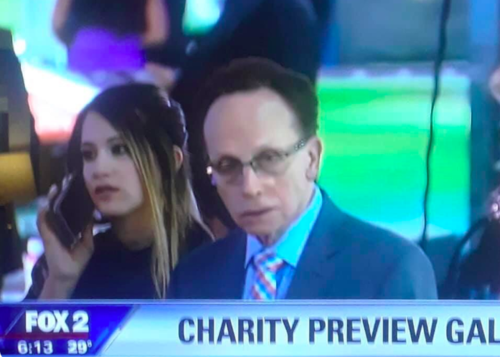 Age ain't nothin but a number, R. Kelly once wrote.

It's no secret that Warren Mayor Jim Fouts has had some difficulty coming to terms with his age. He's lied for years about how old he is and once likened media attempts to reveal his true date of birth to rape.

Now, at the advanced age of what Wikipedia says is 76, Fouts is upping the ante on his mission to remain forever young. At the Auto Show Charity Preview gala Friday night, he brought a woman (or girl) who it appears isn't even a millennial, but a member of Gen Z.

The young woman might be Fouts' executive assistant, Amanda Mika. The two have been accused of having an affair and Fouts has come under fire for giving her unusual raises and job protections. That, or it's not her, and Fouts just has a very specific type.

Regardless of the connection, the internet had some fun with images of the pair:

Sorry Warren residents. Was out late last night! Will plow and salt the roads tomorrow. pic.twitter.com/FfLNoju9mz

Mayor Fouts takes in the Auto Show gala with a not so dried up young friend. Lovely. pic.twitter.com/7Gc6NLmiRO