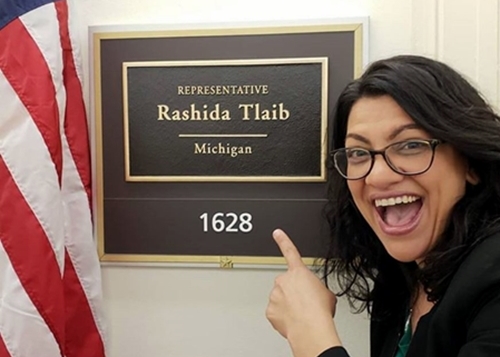 After establishment types suggested she take a backseat and learn the ropes in her first year in Congress, Rep. Rashida Tlaib (D-Detroit) has been added to the powerful House Oversight Committee expected to be at the center of investigations into the Trump administration.

The new members that will join Tlaib on the committee are Alexandria Ocasio-Cortez, Ayanna Pressley, and Ro Khanna. Ocasio-Cortez and Pressley are House freshman; Khanna is a sophomore.

Tlaib drew swift backlash when she vowed to “impeach the motherf---er,” referring to Trump. Republicans have discussed a censure for Tlaib for railing against Trump.

Ocasio-Cortez has also become a favorite target of Republicans for her liberal views and willingness to take on the president, particularly on social media.

“If I based the choices going on the committee based on what people said or their reputations or whatever, I probably wouldn’t have a committee,” Cummings told POLITICO. “I am excited — there were a lot of people that wanted to come on our committee.”

Shortly after the news broke Tuesday evening, Tlaib took to Twitter to suggest time is running out for the scandal-plagued Trump administration. "Tick tock," she wrote with a winking-face emoji.