A San Francisco-based tech startup that won a $740 million jury award in a trade secrets case against Quicken Loans affiliate Amrock is now also going after the mortgage lender for the money. 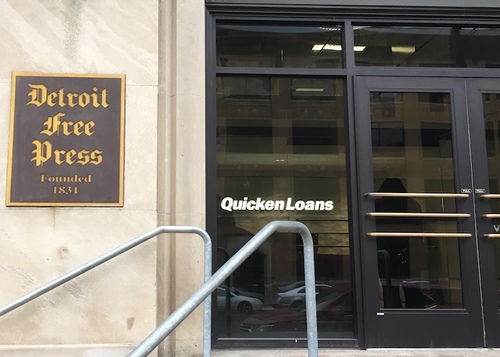 The Detroit Free Press reports the start up says in a federal suit that Quicken is also responsible for the title company's theft.

The startup tech company, San Francisco-based HouseCanary, made automated home-appraisal technology that is at the center of the Texas state court lawsuit involving Amrock that resulted in the $740-million jury award.

In a separate but related lawsuit, this one filed in May 2018 in U.S. district court in Texas, HouseCanary has set its sights on Quicken Loans. That suit claims the mortgage giant was deeply entwined in the trade secrets theft for, among other reasons, having rolled out a new home appraisal tool for Quicken customers that was created by staff at  Amrock using trade secrets stolen from HouseCanary.

A lawyer for Quicken tells the Freep the company operates independently of Amrock and is not responsible. Amrock, formerly known as Title Source, plans to appeal. Experts say settlements of this size are often whittled down.