Derringer: Skirmishes ahead in marijuana law, and John Sinclair will fight ‘em 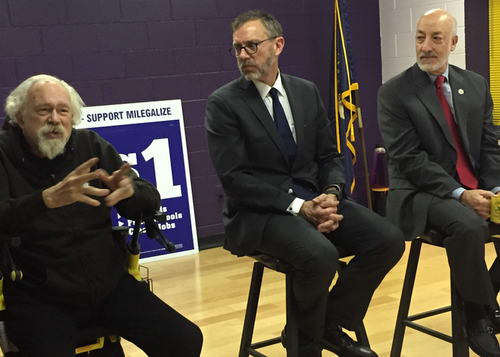 John Sinclair is 77 now, and looks every minute of it. Michigan’s marijuana martyr moves slowly, with the aid of a walker. His hair and goatee are white, both in need of a trim, but this is John Sinclair we’re talking about here; the former manager of the MC5 and the co-founder of the White Panther Party may carry many items in his pockets, but a comb is not likely one of them.

Not quite 50 years ago, he was slapped with a 10-year sentence in Jackson prison for marijuana possession. He was freed, his conviction overturned in 1971 after 2 1/2 years behind bars, but the “10 for two” cry – two being the number of joints he had in his possession – is part of his bio now. 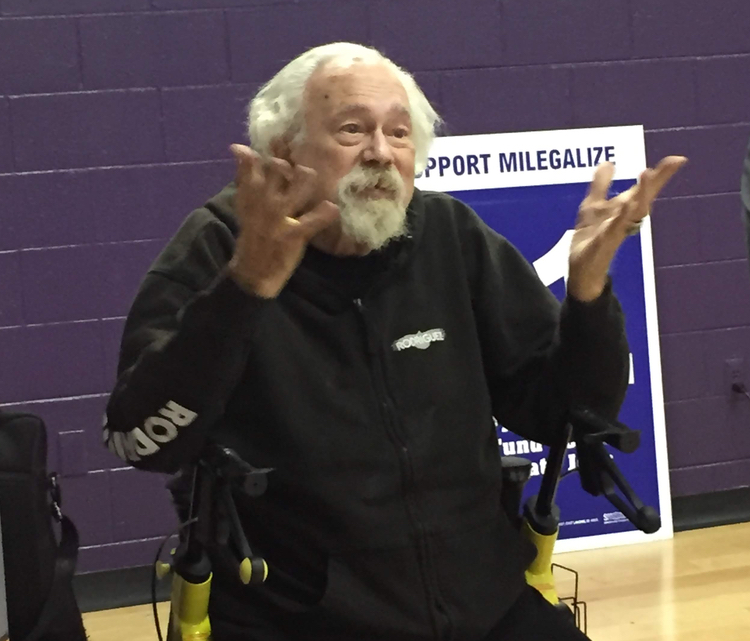 Marijuana use has galloped far beyond twisting up a fatty and passing it around with your friends, into vape pens and CBD tinctures and edibles, and into full legalization, in Michigan, thanks to a vote of the people last November. Prop 1 promised that inside of a year, you’ll be able to walk into stores all over the state and buy whatever you want.

By any measure, Sinclair and every Michiganian who uses marijuana has won. So what is he doing these days? An end-zone dance. Metaphorically speaking.

Sinclair is the lead plaintiff in a lawsuit filed in the Michigan Court of Claims against the Michigan Board of Pharmacy and its chairwoman Nichole Cover. It seeks to have marijuana officially removed from the state’s list of “scheduled” drugs. That’s the official sorting that places it in Schedule I: a category of drugs deemed to carry a strong risk of addiction and have “no known medical use.” That includes heroin; most psychedelics including MDMA (ecstasy), LSD and psilocybin; and bath salts. Among others. (It duplicates the Drug Enforcement Administration’s classification; marijuana remains illegal at the federal level, in defiance of changing attitudes in the states.)

Sinclair and the plaintiffs’ attorneys held a press conference Wednesday – at 4:20 p.m., ha ha – to argue this is absurd, essentially.

“In spite of sweeping change, marihuana remains contraband in Michigan, subject to summary search and seizure,” the group wrote in a press release (using the state’s contrarian spelling of the cannabis plant).

A spokesman for Michigan’s Department of Licensing and Regulatory Affairs, of which the Board of Pharmacy is a part, declined comment due to pending litigation.

If marijuana, why not alcohol?

It is pretty dumb, when you think about it. By legalizing marijuana, voters essentially equated marijuana with alcohol, which has addiction potential and no known medical use as well. But booze does not appear on a drug schedule. Marijuana should be the same.

Marijuana, attorney Matthew Abel pointed out, is “schedule I, but (the state) still licenses facilities to sell (it) as medicine. Those two cannot stand together.”

Sinclair and the attorneys laid this out at their press conference, with the lawyers doing most of the heavy lifting and Sinclair, the curmudgeonly comic relief. He derided the “crybaby stories” in the media about the state’s transition to legal weed, singling out recent ones about the career fate of drug-detecting canines, or, as Sinclair put it, “their fucking dogs.”

Any dog trained to sniff cannabis would have had a stroke Wednesday; the offices of Cannabis Counsel (“lawyers who roll the right way”) are redolent with it. It’s always fun to visit, as the practice leans in heavily to its stoner roots. None of this Brooks Brothers-trust-me-I-made-law-review stuff.

Although the lawyers did wear suits for the media, the Bob Marley posters, the purple string lights around the ceiling and the Himalayan salt lamp stood in contrast, underlining the “your brother’s basement chill den” vibe.

A fight worth having

One might ask: Why bother with this? By any measure, Sinclair, Abel, his partners and every other marijuana user in the state have won the war. With pressure building via legalization efforts at the state level across the country, the eventual removal of marijuana from Schedule I is a fait accompli. Sinclair can smoke as much as he wants and die with a joint in his hand, and probably will.

From the lawyers: The battle may be won, but skirmishes are still being fought, and this is one. Keeping cannabis on the Schedule I list allows police to treat it as contraband, even if it’s legal. It’s a philosophical issue, it’s a mop-up of a bygone era, and it’s necessary.

For Sinclair, whose past harkens back to the clenched fists of the ‘60s and two years in the state’s toughest prison, it comes down to the foundational conflict of his life:

“I want to be part of every effort to remove police from our lives. The hypocrisy has to come to an end.”

Macomb Man Charged with Assaulting Cops with Chemical Spray at Capitol on Jan. 6