Rock Music After Childbirth: Detroit Singer Jessica Hernandez Shows How to Do It

Jessica Hernandez glams up for the new music video. She resurfaces after a year when "everything was different."
(Photo: Kate Hollowell)

The disco-funk tune is named "Baby." Because of course.

"I'm so incredibly excited and proud to share my new video," she posts two days ago on Facebook about a song she wrote with husband Kyle Straka, who plays guitar on it. "I can't wait for Stella to show this, with embarrassment, to her friends in high school." 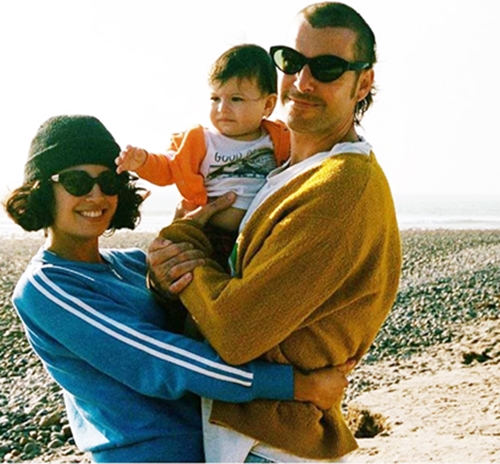 The adorable toddler has a cameo in the four-minute video (below). Stella Jean Straka's first birthday is today. Her mom turned 31 last month.

The singer, frontwoman for The Deltas since 2008, lives in Los Angeles with Straka of Dana Point, Calif., whose band The Growlers formed there 13 years ago. The singer from Southwest Detroit and keyboardist/guitarist from Orange County wed about two years ago before her second album, "Telephone."

"Feels really good to finally be putting new music out," she says Friday on Instagram. "The full version with extended guitar solo will be out on Valentine's Day for download."

The rocker-mom shares her life from both sides now on Instagram, where 11,700 followers see four videos and 37 images since early December. This month's scenes include a milk-pumping moment during a break in the music video shoot. (We discretely avert our gaze, but if you really must see it.)

On Facebook, nearly 30,000 followers see Hernandez in a Tigers cap and with her little human in varied situations -- strollering in Denver (the Deltas rang out 2018 with four Colorado shows) and breast-feeding between studio takes. Livin' social is a seamless step for this performer.

"When your number one becomes your baby, it's hard to validate all that it takes emotionally, physically and financially to keep pushing forward with a passion," she posts.

Warm summer days
Cold winter nights
Anytime I have you there,
You know I feel it's fine 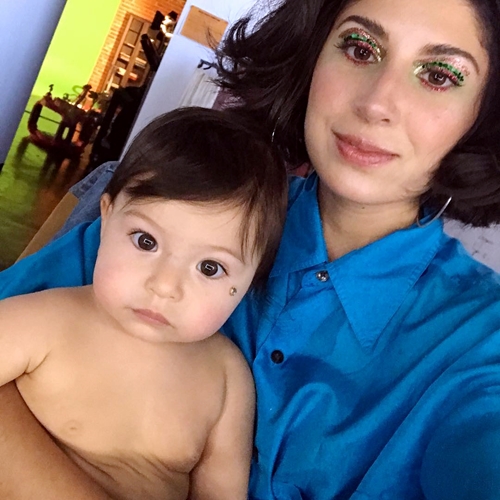 "Mother and artist don't have to be two separate identities." (Photo: Facebook)

The singer-writer talks about the backstory with Jhoni Jackson of Remezcla, a Latin music and culture site based in the Williamsburg neighborhood of Brooklyn:

“This song is an ode to the most important thing in my life right now. . . It's about how much becoming a parent changes you.

"I started writing the song during my last trimester, but didn't finish the lyrics until I finally met my little girl. And just like that, everything was different.

"I've had a hard time figuring out the balance between being a mom and being an artist. This song was a way of giving in, telling myself that mother and artist don't have to be two separate identities. It's okay to be creative, ambitious and sexy and whatever else you want be, and a mom at the same time.

"I hope this song resonates with other new parents who may be having similar feelings. Questioning their identity and figuring out how to be an amazing parent while still hanging onto the thing/things that make them who they are. You're doing amazing, you're a badass and at the end of the day it's all good because you've got your baby by your side."

Hernandez's parents -- a Mexican mother and Cuban father -- own Armando's restaurant and the adjacent Mexicantown Bakery in Southwest Detroit. She lived above the Vernor Highway restaurant before the family moved to West Bloomfield during her adolescence.

Here's the new song Hernandez co-produced, in a video directed by Kate Hollowell: