Selweski: What Are voters’ top priorities in 2019? For One, Taming Partisanship 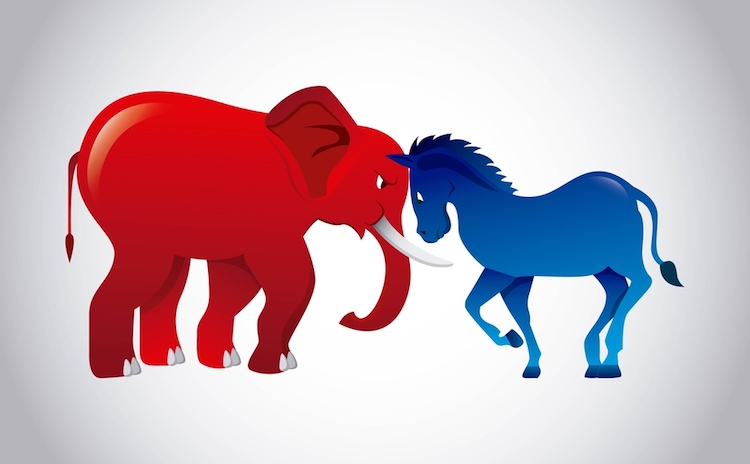 At a time when federal and state lawmakers often are labeled as out of touch or beholden to special interest groups, two wide-ranging surveys of voters have produced the public’s 2019 to-do list for the president and Congress in Washington and the governor and Legislature in Lansing.

Both rankings present some convergence among the politicians’ constituents, plus some dramatic differences along partisan lines as the gap between Republicans and Democrats shows no signs of dissipating.

The state survey, created over many months at 176 town hall meetings held by the nonpartisan Center for Michigan, is especially interesting because the 8,000 people who responded leap-frogged all the public policy issues and declared that toning down the hyper-partisanship in Lansing and improving bipartisan cooperation should be at the top of the list in terms of fixing Michigan’s problems.

Overall, here are the priorities of state residents, as reported by Bridge Magazine, which is affiliated with the Center for Michigan:

Meanwhile, at the national level, the highly vaunted Pew Research Center found that voters’ top priorities are the economy, health care costs and education. With the economy at the top of the national agenda and unemployment rates at their lowest level in decades, public concerns are about finding work at a wage that will pay their bills.

The Pew results are based on a standard, scientific poll of 1,500 adults in all 50 states, with ability to define splits along various demographic categories. Unlike the Michigan results that asked survey respondents for one top priority, the Pew poll asked voters to list their several priorities.

Broad differences between Republicans and Democrats

So, what we see are unmistakable differences between Democratic and Republican voters on several key issues.

The differences between national and state concerns is particularly evident in the area of transportation concerns. While Michiganders agree with the new governor, Gretchen Whitmer, that it’s well past time to “fix the damn roads,” nationwide the worries about quality transportation rank far down the list. Obviously, the pothole problem is much more significant in Michigan and upper Midwest states than in the Sunbelt.

What’s more, the nationwide voters’ to-do list as President Trump enters his third year in office is much different than the hopes of Michigan voters as the state enters an unprecedented era, with (female) Democrats holding the reins of power as governor, attorney general and secretary of state.

Prior to the November election results, the Center for Michigan engaged with 23,000 residents – in person and online – with its tour of the state stretching from Paw Paw to St. Ignace to Southfield. These forums included farmers markets, documentary screenings, lecture halls and a wide variety of locations.

On Tuesday, the center’s team of researchers, armed with their final results, drove to Lansing to deliver their report to every legislator as well as to the offices of governor, secretary of state and attorney general. The group also emphasized that their efforts over the past year have already created momentum for the new legislative session:

These statewide meetings (were) more than just talk. Citizens agendas formed from these conversations have played a role in action in the Michigan Legislature. These achievements include the largest investment increase in preschool nationwide, lengthening the public school calendar, cutting corrections spending, and increasing “Pure Michigan” (advertising) spending.