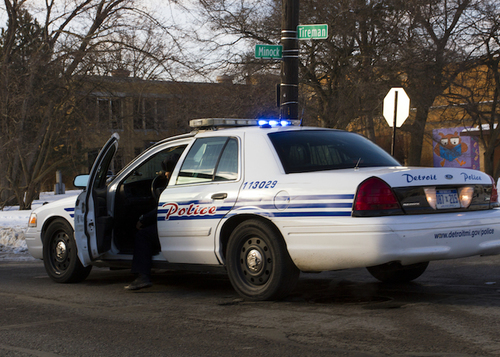 "A Detroit police commissioner . . . wants Chief James Craig to answer questions about how quickly officers respond to emergency calls in the city's affluent and poorer neighborhoods," George Hunter writes at The Detroit News.

Commissioner Willie Burton sent a memo last week to fellow members of the Board of Police Commissioners asking the board to call in Craig to discuss a Jan. 25 article posted on the website Deadline Detroit that claims police are slower to respond to crimes committed in the city's low-income communities.

Police officials say the story is inaccurate, and insist officer deployment decisions are based on crime data, not income. 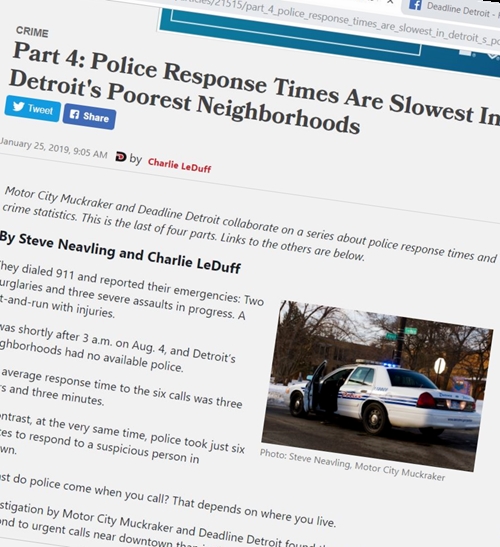 The article two weeks ago was the last in a four-part series by Charlie LeDuff, a contributor to this site, and Steve Neavling of Motor City Muckraker. Their analysis of nearly 1 million dispatch records found "a stark contrast" between response times in low-income and affluent neighborhoods.

"We often hear Detroiters shouting that there are two Detroits, and now the statistics compiled and presented by [the article] support this characterization. Specifically, [it shows] that there are two tiers of response times: Detroit Police respond more slowly to calls from communities with a per capita income of $17,000 or less; while they respond much more quickly to calls from Downtown and Midtown. . . .

"Response times can make the difference between life and death."

Burton wants Chief James Craig to talk with the board about the issue, he tells Hunter.

The News' police beat reporter quotes the chief, who says:

"We constantly analyze the data to see where the crime hot spots are that need our attention. That has nothing to do with the residents' income. Income is never a factor. . . .

"The article also doesn't take into account that the poorest neighborhoods also have the most crime, which means more runs, which take longer. The claims made in this story just aren't true."