Lapointe: Whitmer’s Gas Tax to Fix Roads Is the Kind of Progressive Socialism We Need 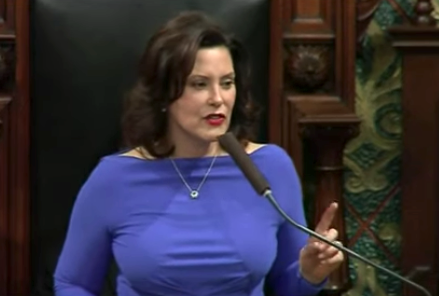 A gasoline tax to fix Michigan’s wretched roads is nothing but a form of socialism -- and that’s good.

As proposed by first-year Gov. Gretchen Whitmer on Monday night, the plan to gradually add 45 cents per gallon to “fix the damn roads!” – her campaign slogan -- is a common-sense solution to dangerous and worsening crisis.

Sure, a tax is a social cost shared by a society. Yes, it is medicine. But that’s what cures the illness. We all chip in to share the cost to make our roads better not just for ourselves but also for everyone else. Not even right-wing Republican billionaires have enough money to build their own damn roads. At least not yet.

The fear of major car damage creates anxiety for drivers in the state with the highest rates for car insurance as they squeeze their steering wheels to dodge potholes, sometimes veering out of their lanes.

In addition, they must stay alert for distracted drivers who are using their smart phones. And then there’s the occasional burst of gunfire from road-rage killers. Smoother roads would lessen some, not all, of the tension.

Whitmer probably won’t get all she wants from a legislature still rigged by gerrymandering to reflect the stingy, short-sighted and narrow-minded values of Republicans.

Instead of a 45-cent increase over a year, she might have to settle for 25 or 30. But that would be a start. And even Republicans in “safe” districts can sense the mood swing from the Democratic takeover of Michigan last November.

And they also can hear it in the growing drumbeat in Congress for social programs like education and health care. Like improved roads, they will make life better for the many, not just the few. 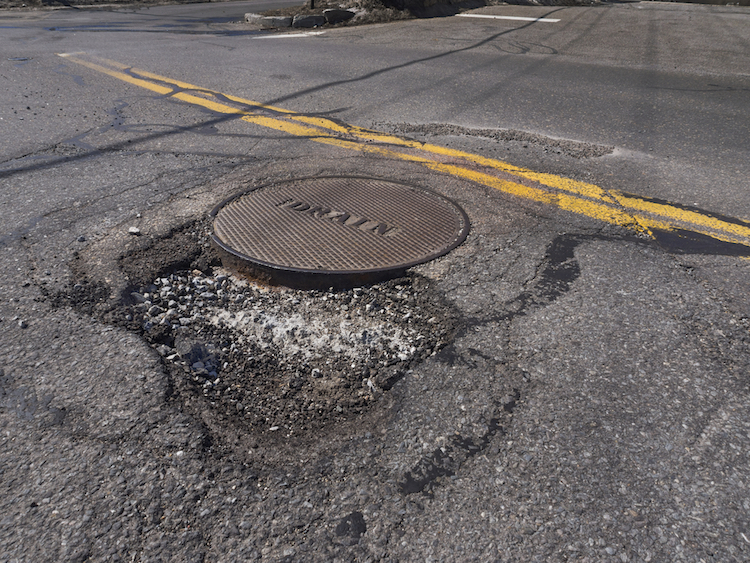 Such programs help the larger population when they fairly tax the wealth of the one per cent who ‘”earn” their money not from work but from investments and inheritance. But that’s a different tax fight to come.

So is this the right time to raise the gasoline tax?

It’s nearly perfect. If you don’t raise it when the economy is good and fuel prices are low, what would be a better time? The price of a gallon recently dropped below $2, although it’s up a little lately. Most of us can remember when it was $3 and above.

But isn’t there a better way to raise road repair revenue besides a big gas tax?

Some will suggest toll roads, which work well in other states, including nearby ones like Ohio, Indiana and Illinois. In Michigan, it would be difficult and complicated to retrofit a road like I-75 with toll booths and gates. However, once completed, a major toll road would generate a continuous stream of money.

Others will propose revenue-raising solutions like a tax on legal sports gambling, a possibility since a Supreme Court decision last year left it up to the states.

But betting on sports might stoke oppositions from the casinos and might hurt lottery revenue. And experts have noted that tax revenues have been disappointing in some of the eight states that now allow sports betting.

And others – those socialist radicals! – will say our collective money would be better spent on mass transit, including trains, through Detroit’s tri-county area of more than 2,000 square miles.

Why not? Many other metropolitan areas use systems that allow workers to commute without cars. But that is almost an impossible sell here. If you’ll forgive the metaphor, that ship has sailed.

Perhaps it would not be so necessary for Whitmer to raise the $2 billion if President Trump had kept his 2016 campaign promise for a national infrastructure program to rebuild roads and bridges.

Instead, Trump’s main domestic programs thus far have been tax cuts for the wealthy and the corporations and a purge against the foreign-born and those who even look like they might be.

Members of his party probably will launch the common Republican attack that any tax always takes money out of circulation and hurts the economy.

But there is another side to that coin. Construction work pays well and road-building creates jobs. Those people would spend much of their wages on food, clothing and shelter, the kind of money that stays in a community and recirculates.

Decay is a gradual thing. I left Michigan in 1989 to live in the New York area for 25 years before returning in 2014. I’d visit at least once each year and I got used to feeling more and more road rumbles and pothole bangs as I crossed into the Great Lakes State from Ohio or Ontario.

In addition, I traveled on business to more than 30 states and six Canadian provinces and rented cars in most of those places. Fellow Michiganders, please take my word for it: No roads in this nation are worse than ours.

My colleagues from out of town would ask me, as a native Detroiter, why the place that put the world on wheels would accept roads that break car wheels. We’re better than this, aren’t we? Let’s do something right. Fix the damn roads.