2019 Recap: The Hypocrisy of Mitch Albom When Talking About Ted Lindsay and Unions -- Lengel

We revisit 2019 coverage highlights each weekend this month, concluding with a Top 10 countdown starting Dec. 22. This originally was published March 10.

I was a reading a Mitch Albom column in Sunday's Free Press about the great Red Wing star Ted Lindsay [who died March 4 at 93] and cringed at one passage.

Albom heaped on adulation as he recalled how Lindsay fought to unionize NHL players in the 1950s, how the owners battled him and how he paid dearly for it with Red Wings General Manager Jack Adams.

That move got Lindsay traded to the lowly Chicago Blackhawks, a pure punishment by Adams that denied the Production Line a greater legacy, Albom wrote. Other players who favored the union were similarly dealt. The league message was clear. Try to change things, we will bury you.

Despite the price he paid, Lindsay once said, "I’d do the same thing today." 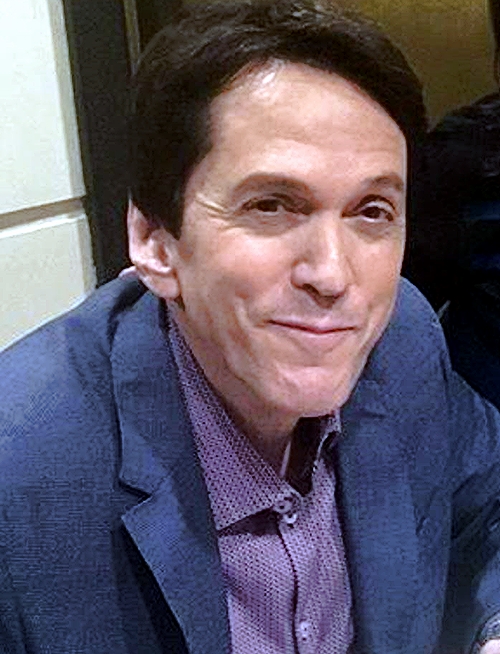 I couldn’t help but think: What a hypocrite Albom is to write that.

As a Detroit News reporter, I went on strike in 1995 with my colleagues and my counterparts at the Detroit Free Press -- including Mitch Albom, who I didn't know.

About a month into the strike, we had a big union meeting at the electricians’ union hall on Abbott Street, just west of the Lodge Freeway. Albom stood up and suggested we negotiate with management for one more month, then agree to go to binding arbitration to settle any outstanding issues.

Lou Mleczko, who headed our union, told Albom it was a great idea, and he would be all for that, but the reality was, the owners wanted to bust the unions and wouldn’t go for something that would settle the strike and leave the unions intact.  But Mleckzo told Albom he was free to propose that.

Albom had a relationship with Tony Ridder, owner of the Free Press. And the word was that Ridder essentially told Albom to just go back to work and cross the picket line. Whether that's true or not, Albom did cross the picket line shortly after the meeting, much to the joy of management and to the dismay of the unions. I venture to guess Ted Lindsay would never have crossed the line. 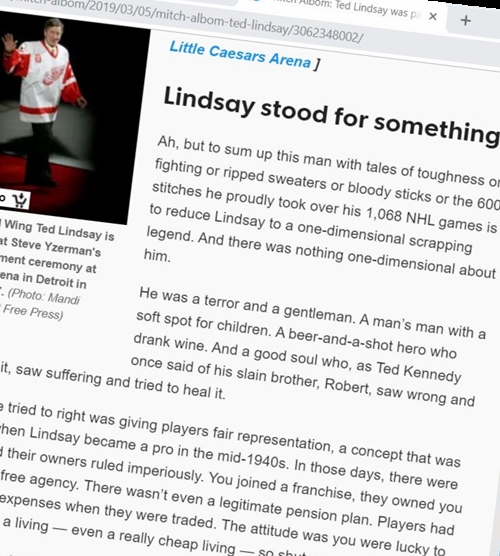 Part of the column last March 10 in the Free Press.

It was always a blow for the unions when a big name crossed the line. Albom made it that much tougher to negotiate a final settlement.

Unlike some members who crossed, Albom wasn’t facing financial hardship. He had a lot of different gigs. Plus, management needed him more than he really needed them. To boot, he could have worked almost anywhere, not to mention he had great potential to make lots of money authoring books (which he did).

Albom notes in Sunday's column that Ted Lindsay put his career in jeopardy to fight for the greater good and rights of his fellow players in the NHL. And yes, he paid dearly.

Unfortunately, during the 19-month strike that involved about 2,500 members and six unions, Albom could not have cared less about his colleagues. Albom cared about Albom. Sure, Albom has been involved in lots of charities. And not to minimize that. It's no small thing.

But when it comes to talking about unions in a union town like Detroit, he has no right to get on his high horse and praise Lindsay, then write:

I wondered during the strike, and now it makes we wonder once again, what Albom really stands for.