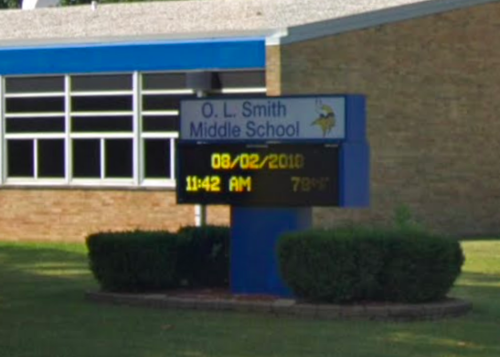 The lewd video popped up after the teacher trying to open a film on Lewis and Clark, Fox 2 reports. It played for at least 30 seconds.

Reporter Hilary Golston dutifully tries to get to the bottom of what happened, asking: "Was it a typo in a search? Did the substitute pull it up?" Or, could "it have been a kid pranking the teacher?"

No to all, a school official tells her. Police, meanwhile, are reported to have found "no criminal intent."