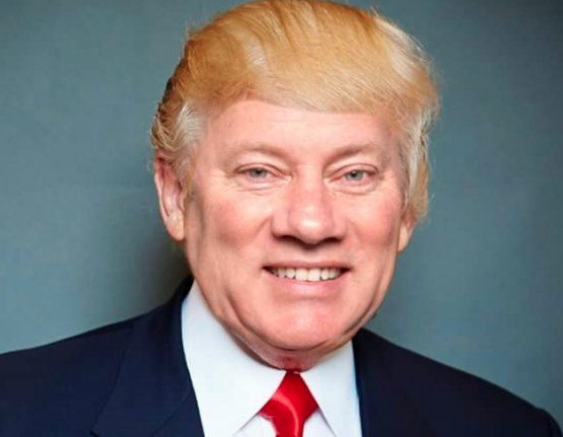 No collusion. Not enough proof of obstruction.

That's the short version of Robert Mueller's two-year, $25-million dollar soap opera, at least according to the United States attorney general. A great big nothing burger.

Democrats can go on tilting at obstruction windmills, but I'd advise against turning this into a never-ending blue-ribbon panel of bullshit a la Whitewater or Benghazi. They've got to focus. It's election season, and in order to re-take the White House, they'll have to re-take the Rust Belt. Places like Michigan, which to their great humiliation, flipped from Democrat to the Donald.

At the same time, a reinvigorated Trump and the GOP are looking to settle scores with the Democrats. And they've got a potentially nice, plump target all boxed up with a bow around him, here in Detroit.

Mayor Mike Duggan is embroiled in his own seemingly never-ending collusion and corruption investigation – three years and counting. It involves the potential abuse of $250 million in federal dollars for its demolition program, a program that Duggan once took full stewardship of and trumpeted as the country's finest. Now he says almost nothing.

With mounting allegations of bid-rigging, price-spitting and the use of poisoned dirt to fill thousands of holes where houses once stood, Duggan – one of the most powerful politicians in the state of Michigan – could become a big liablity for the Democrats should an indictment drop on his 11th-floor desk at city hall.

If you don't believe the Detroit corruption investigation is coming to a head, consider events over the past few weeks:

And now Deadline Detroit has obtained internal documents from that federal investigation. They show the influence of Duggan – stretching from a politicized Obama White House to the Clinton presidential campaign, to the Detroit offices of the United States Attorney and FBI. Those documents show concerns about Duggan's connections helped slow the federal investigation to a crawl.

It is the first confirmation that federal investigators had been looking directly at the role the mayor played early on in the beleaguered demolition program.

After Duggan spoke at the Democratic National Convention in July of 2016, federal authorities in Washington began to get spooked, according to those documents. Federal investigators at the highest levels felt Duggan was in line for a cabinet-level position in the Clinton Administration and were told to proceed cautiously, according to sources and documents.

Concerned with the potential political fallout, investigators were told by their superiors to stay away from Detroit. According to the internal documents, agents based in Washington D.C. were instructed not to speak with the FBI field office in Detroit or lawyers from the Detroit U.S. Attorney's office, since it was believed that Duggan had close ties to those organizations, which  may have been leaking information to him about the investigation.

Clinton, of course, lost her bid for the presidency. But the Detroit corruption investigation continued to limp along, as it was a mayoral election year and the Justice Department did not want to appear to be manipulating its outcome, according to federal sources with direct knowledge of the investigation.

And then came the granddaddy of all distractions: Mueller, Trump and Putin.

Federal investigators continued to slow walk in glass slippers, unsure of where the political winds would blow.

In a neat piece of synchronicity, Special Counsel Robert Mueller hired Jeannie Rhee, the lawyer representing Duggan and the city at the time, to be his deputy in the Trump investigation. Rhee is a Democratic heavyweight: a former deputy assistant attorney general in the Obama Administration who directly counseled Attorney General Eric Holder. She also represented the Clinton Foundation as well as Hillary Clinton in a lawsuit over her private emails. Rhee charged $1,000 an hour.

And how much has this investigation cost America's poorest big city? Who knows since the Duggan-controlled bureaucracy refuses to release the legal bills for public scrutiny.

If there's nothing to hide, as Duggan says, then why hide?

I can hear hear the Donald already.