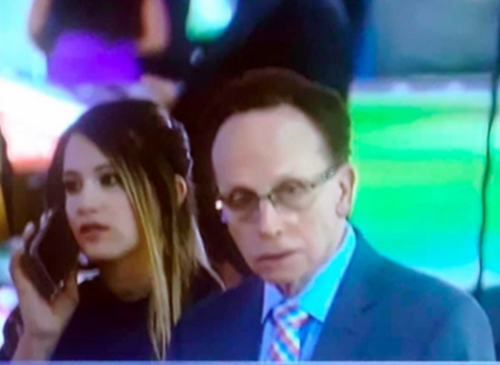 Mayor Fouts showed up to the 2019 auto show with this young woman.

James Fouts, a former high school teacher, has been mayor of Warren since 2007. His initial tenure was relatively void of scandal. But in recent years he's been swimming in controversy. There's the numerous tapes of him saying racist and sexist things. Then there's the dating of a city hall employee who is many many decades younger.

In the past, he's won election by overwhelming margins. In fact, the past two elections he won by more than 80 percent.

But a Metro Times poll shows that overwhelming support has dwindled significantly. He's up for re-election in November.

The poll conducted this month by the independent Ross Group Research asked more than 300 likely voters whom they would support in a theoretical race between Fouts and former state Sen. Steve Bieda, a popular Democrat who’s considering challenging the embattled mayor.

Of those polled, 37.8 percent said they would vote for Fouts, while 29.6 percent would cast a ballot for Bieda. With a margin of error of 5.6 percent, Bieda is well within striking distance.

Perhaps most insightful, though, was that a third of those polled said they are undecided.