LeDuff: Bloody and Beaten and Waiting for the Man 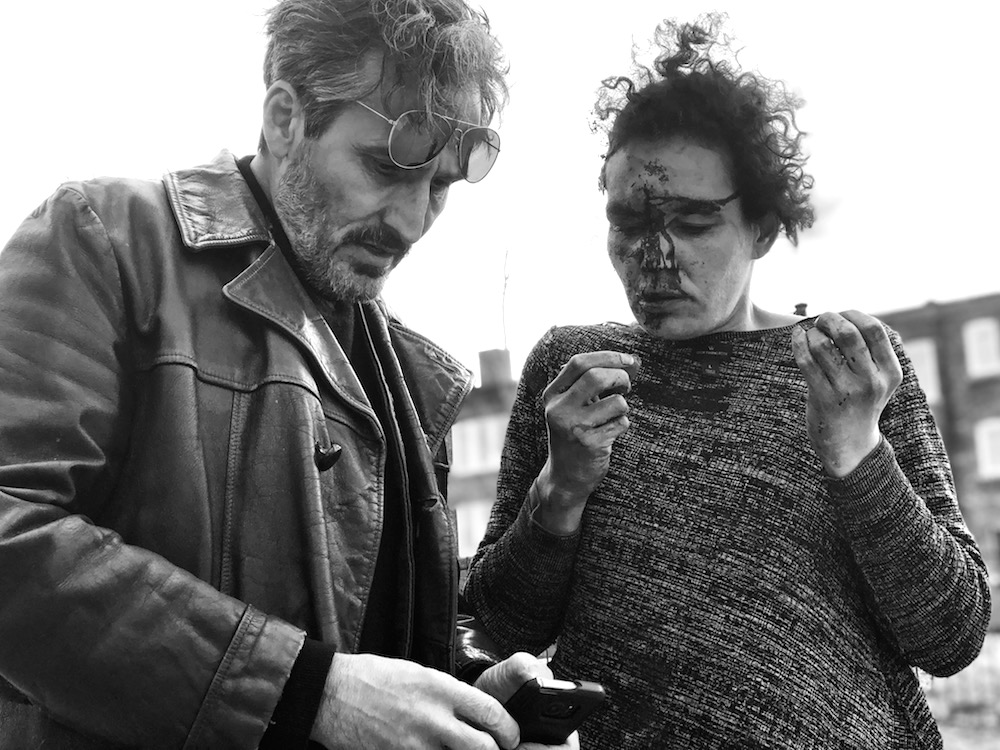 First, she said excuse me. Then she asked for help.

Blood was caked like mud on the side of her head from an open wound. Her face was painted brown from the bleeding knot on her forehead.

She had kinky hair like mine. Eyes the color of my mother's. Troubles like my sister. Junkie maybe. Trouble for sure. The cops knew her well. She'd been captured on tape earlier that morning getting her ass beat at a gas station. She refused medical help, then. Some people do that when cops start asking questions.

She wanted help now. There are thousands of stories like hers in the city, and thousands more being written every day across this place called America. It's always worse around the first of the month. That's when the government checks come and the insanity ensues.

I called 911 and requested an ambulance.

It was 5:58 p.m. in the new Cass Corridor. The bistros were full. The Pittsburgh Penguins hockey club was in town. The streets were humming with revelers.

And here comes the old Cass Corridor: raggedy-assed, bloody, dirty nails, sweater turned inside out, the tag in the front like the collar of an Episcopal minister. It read "L," for large.

Shivering on the sidewalk

She was small and slender, all spine and shoulder blades, shivering in the evening air. My jacket folded neatly around her. She did not reek of alcohol and her eyes were clear.

It was now 6:08 p.m. and still no ambulance. My cocktail was growing warm in the bistro.

Her name was Katrina and she said she was 35 years old. I asked her if she ever heard of Katrina and the Waves, the 80's pop band. You do that with injured people. First, cover them to keep them warm. Talk to them to help them focus. It keeps their minds occupied. It keeps them from slipping into shock.

She said she'd never heard of Katrina and the Waves.

That's when I realized she was young enough to be my daughter. Old enough to be my wife. Worn enough to be my grandmother. This made me profoundly sad. The memory of my sister came in a wave. She lived like Katrina. Wild and bloody and hobbled by a limp that grew more pronounced at the first of the month.

My sister was killed in Brightmoor after she got into a car with a man. She jumped out of the vehicle traveling 80 miles an hour. She jumped straight into a tree.

My mother wandered Brightmoor for some time in her raccoon coat, wanting some justice for her daughter. There was no cop actively working her case. No one gives a rip about a dead hooker. But she was somebody's daughter, somebody's sister. She mattered. Eventually, a cop took it upon himself to track down the driver, and the driver did some time. That's why I like cops. And hookers.

People in the bistro were staring out the window by this time. I like them, too. I thought Katrina might look as pretty as them, dressed in baubles and a nice dress turned right side out.

That's when the police arrived, five deep. Thank you Pittsburgh Penguins. There are always more cops when you're around, another problem we have.

The cops knew Katrina from earlier in the day, when she'd first gotten her ass beat, but refused to say who it was.

"She refused medical earlier today," one cop said, with a tired arch of the eyebrow. I knew him. Good guy.

Another cop started asking questions, offering Katrina a ride to the hospital in the back of her cruiser. That's when Katrina started tripping. Lots of people have that reaction when offered the backseat of a police car. It started getting heavy and Katrina walked off with both her physical and spiritual trauma.

There were medics available at that time, I have since been told by Detroit Fire Department brass. They've promised to look into it. And that's good.

And this is the part of the story where I launch into the outrage of it all. The lack of resources for public safety. The statistical analysis. The budgetary breakdown. The misguided priorities of City Hall. The "we're all in this together" trope. I've been doing it for a decade now.

So let's try it this way: If Katrina couldn't get a medical wagon, what would happen to the handsome women sitting in the window of the bistro, sipping pink wine, celebrating a birthday? As my friend, writer Steve Neavling, says: There is no Detroit comeback until medics can arrive in a reasonable time.

Yes, I could go on about all that. But all I managed to do was go home and cry.