As the Spartans prepare to take on Texas Tech in the Final Four Saturday night, MSU and East Lansing police have a directive for those planning to party after the game: If you see anything on fire, watch it burn from down the street.

Ok, that's not exactly what they're saying, but officials are asking students to celebrate responsibly. A list of don'ts from the school includes standing within 300 feet of an open fire — a misdemeanor punishable by up to 90 days in jail and a $550 fine. People that close should look as if they're leaving to avoid arrest, police say.

That means none of this:

That was one of at least a dozen small fires set in East Lansing as students celebrated MSU's win over Duke last Sunday. In the Cedar Village neighborhood, hundreds of students gathered in what the campus paper described as a "riot." They blocked the street and threw bottles — also no-nos.

Here's an exhaustive list of don'ts issued to students this week: 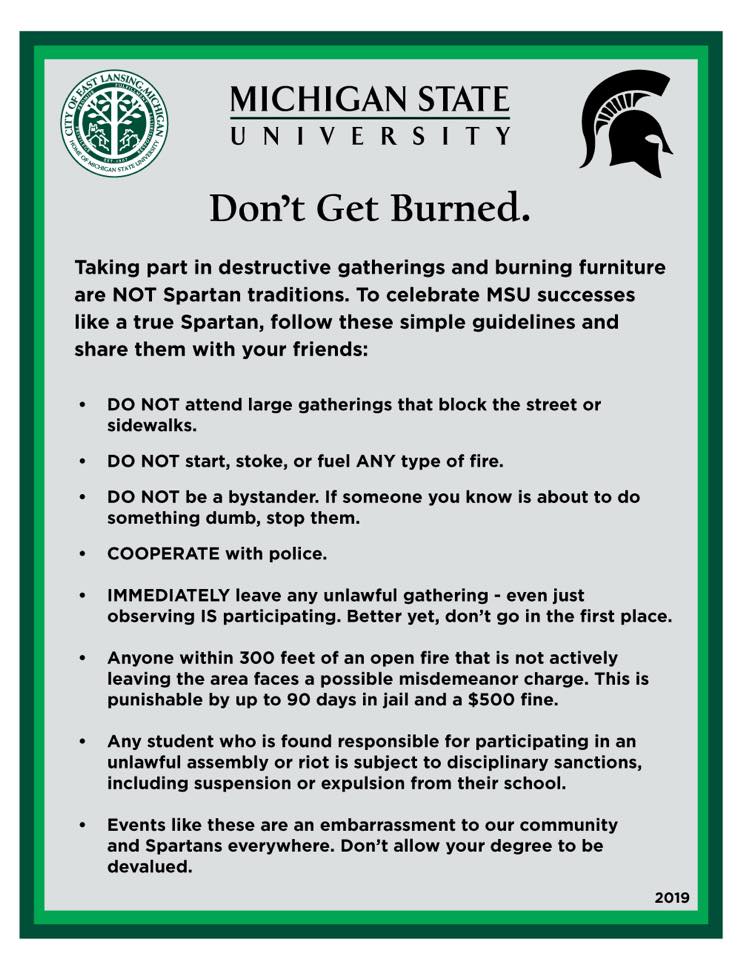