Blake Griffin on the Limping Pistons: 'Time to Suck It Up and Get It Done' 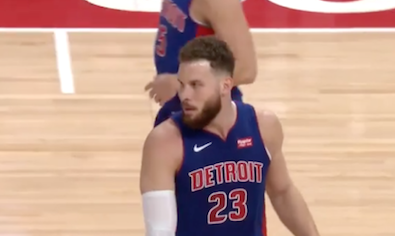 A short time ago, the Pistons looked like a team destined for the playoffs.

But after four losses in a row, the latest being against the Charlotte Hornets on Sunday, things look far less certain.

They remain in the last playoff spot -- eighth in the Eastern Conference standings.

So, the Pistons now need to win their final two games to guarantee a playoff berth – against non-playoff clubs Memphis (Tuesday at home) and New York (Wednesday away), MLive reports.

One victory would clinch a spot if Charlotte loses one of its two remaining games.

"Time to suck it up and get it done," Griffin said after Sunday's 104-91 loss, according to the Detroit Free Press. "Whatever you have, whatever anybody has in this locker room, you've got to give it to the team."