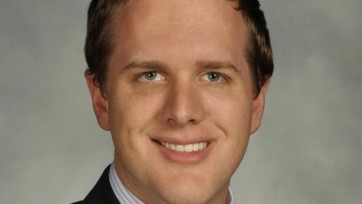 Deborah Nash, a white Detroit woman, has turned to a white supremacist lawyer to represent her in a local case that has come be known as "gardening while black."

Nash, who is being sued by a black man for fabricating charges against him in calls to the Detroit Police Department, has hired white nationalist attorney Kyle Bristow of Clarkston, who has represented white supremacist leader, Richard Spencer, Tom Perkins of Metro Times writes. The Southern Poverty Law Center, which tracks hate groups, describes Bristow as subscribing to an "alt-right white nationalist" ideology.

Throughout 2017 and 2018, Nash and two other white women made a range of serious allegations against Marc Peeples, a black man who was building an urban garden in a vacant Detroit park. The allegations eventually led to Peeples' arrest, but a judge tossed the case, stating in her opinion that Nash and the other women "should be sitting at the defendant's table for stalking and harassment charges, not Mr. Peeples..."

Among other allegations, Nash and the other women said Peeples made threats of physical violence against them. Nash also claimed that the pan-African colors Peeples painted on vacant houses and trees were "gang colors."

Nash alleged in 2018 that Peeples threatened to burn down her house and repeatedly threatened to kill her. That was followed by allegations that he participated in a drive-by shooting on her home, and blocked the streets so she couldn't get to her house.