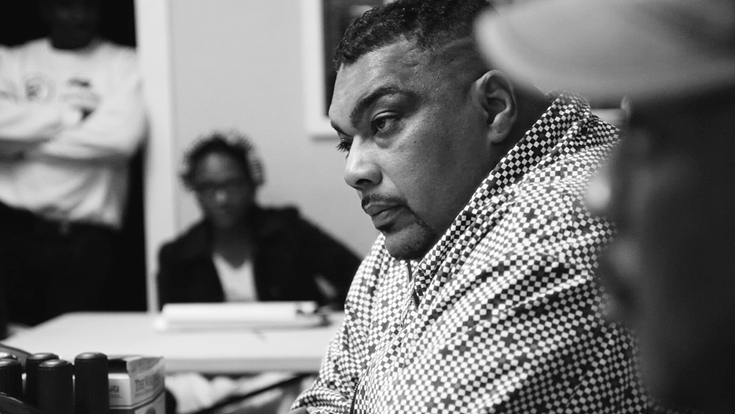 Minister Malik Shabazz in "Community Patrol," which is below.

A cinéma vérité documentary short about community organizer Malik Shabazz and his Detroit 300 group of neighborhood volunteers earns fresh attention a year after its debut.

The black-and-white film, "Community Patrol," is streaming at The Atlantic magazine's site and being shown at the Ashland Independent Film Festival in Oregon. (The 13-minute movie is embedded below.)

It's "an immersive piece of observational filmmaking that depicts community policing in action," writes Emily Buder of The Atlantic.

The riveting film follows Shabazz as he rallies his neighbors to knock on doors and peacefully confront the perpetrators of a drug operation that has set up shop next to Shabazz's church. Rather than report the offenders to the authorities, Shabazz and his cohort attempt to dissuade them from dealing in the first place. 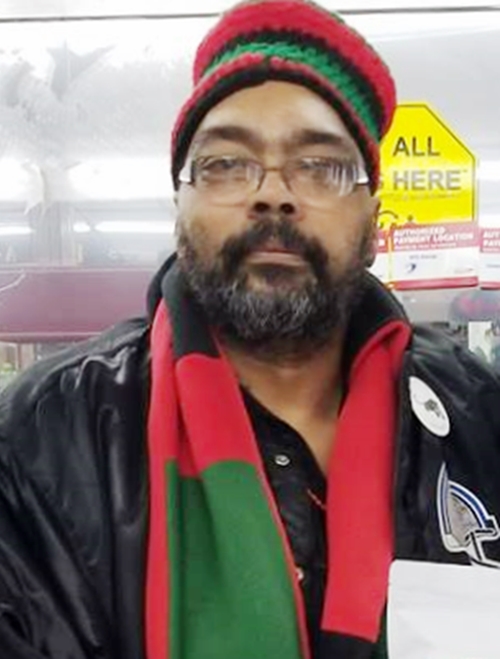 Footage shows three clergymen on a front porch at 1 a.m., confronting one of the apparent dealers. "You really can't sell dope here, brother," Shabazz tells the unseen man through a security grille.

"This is truly an act of brotherly love," Shabazz says in the film. "If we really didn't have that love for our brothers, we wouldn’t be here trying to talk to you. That's our last resort—to see another brother go to jail, or another brother die. All we want to see is us pulling out of what we've been programmed to believe is the only thing we’ve got left." . . .

Part of what makes Community Patrol so powerful is its ability to situate the audience directly inside the action as it unfolds.

In another scene, ministers and neighbors talk at the Detroit 300 office with a liquor store owner whose son they say is involved with the same site.

"Community Patrol" was shown last April at the Freep Film Festival and last August at the Traverse City Film Festival. This weekend's screenings in Ashland are the 16th festival where it has been selected. It won awards at two.

In a short review when it was screened in Boston, Jake Mulligan wrote at DigBoston, an alternative weekly:

Without editorializing, "Community Patrol" raises serious questions about who has the authority to control a neighborhood—as well as about how that authority is created, or maintained.

Filmmaker Andrew James tells in a promotional handout what drew him to the project:

​I always felt that there was something special about Minister Malik Shabazz and that he deserved his own film. I was lucky enough to tag along with him and his group of friends and activists for a long weekend of patrolling and marching one October. "Community Patrol" is the result of that time with them.

His story and perspective speak to so many questions that I have about America, capitalism and neoliberalism, that I couldn’t resist.

The soundtrack is by Shigeto, an electronic musician from Ann Arbor whose full name is Zachary Shigeto Saginaw.