We get a hint of what regional cooperation looks like as Detroit and the suburban transit system tiptoe toward a unified bus line.

Starting two weeks from today, riders can use one fare card on DDOT (Detroit Department of Transportation) and SMART (Suburban Mobility Authority for Regional Transportation) routes anywhere in Wayne, Oakland and Macomb. 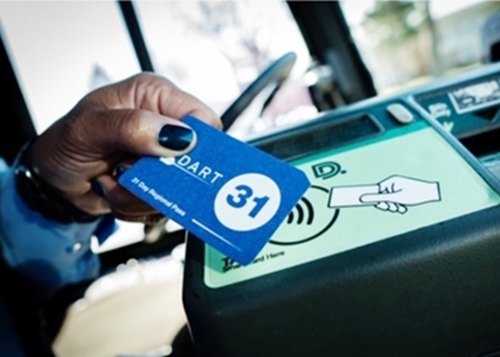 Fare cards go on sale May 1, covering unlimited rides on DDOT and SMART during a choice of four time spans. (Photos: City of Detroit)

The convenience, which brings four fixed-period fares with unlimited rides, is announced by each system with the same release -- displayed with these photos on Detroit's site and without any on SMART's.

The breakthrough is framed as "another step towards aligning SMART and DDOT" and a way to "make taking transit more seamless."

Notice that aligning word choice? Not merging, not combining, not uniting -- just aligning, like bus wheels that don't travel smoothly.

John Hertel, SMART's general manager, calls it "a giant step in the coordination activities" by his line and DDOT. (Coordination -- another careful word.)

Mark Hackel, Macomb County executive, says joint fares show "these two agencies will continue to provide us with the solutions we need for regional transit." (Got that unsubtle subtext?)

The cautious language reflects how sensitive this topic is locally. It could be called the third rail of Southeast Michigan politics, except that we also have no inter-county subway or commuter light rail system.

Wayne County Executive Warren Evans and other backers of a Regional Transit Authority (RTA) of Southeast Michigan hoped to put a 1.5-mill tax on last November's ballots, but Oakland and Macomb representatives on the RTA board blocked it. The four-county proposal, stretching to Washtenaw County, was put together after voters narrowly rejected a regional transit master plan in November 2016. 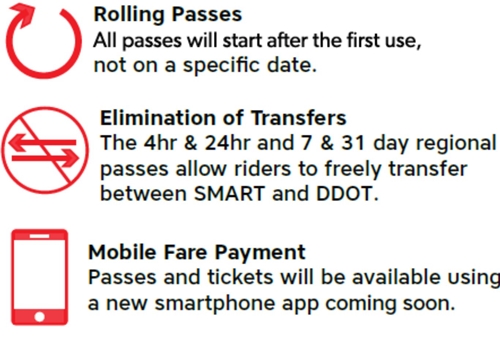 So for now, the only step toward regional transit is a blue plastic rectangle. Here are details of the new bus card:

Bus drivers will sell only the shortest passes (four and 24 hours). They and the longer pair will be available at SMART/DDOT Transit Centers, some stores, online or by mail starting May 1.

A mobile app is envisioned this summer, allowing Dart purchases by phone.

But wait -- more: "It is anticipated that Dart will expand to the QLine and the People Mover in the near future," the releases says with a pair of phrases that also tiptoe rather than declare definitively.