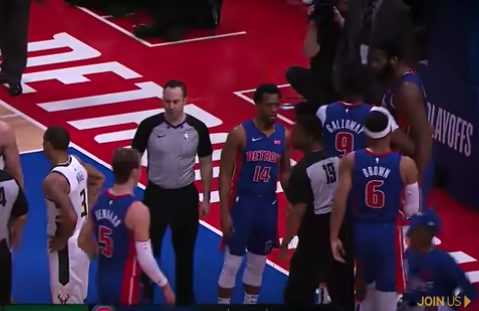 For Pistons' fans, watching the mismatch in the playoffs with the Milwaukee Bucks was painful. It was also a reminder how lame the team is.

Owner Tom Gores didn’t sound like a guy planning sweeping changes, and remains steadfastly opposed to tanking, as he talked shortly after the Pistons were blown out again. It’s too early to know what shakeup is even possible, but let’s hope the Pistons aren’t delusional. Milwaukee completed the four-game sweep with a 127-104 thumping, graphically showing why it had the best record in the league, winning by an average margin of 24.

The Pistons snuck into the playoffs and were dismissed like unwanted party crashers. The Bucks showed little mercy, and the Pistons got little respect. They probably weren’t physical enough to earn it, but the Bucks finished with a staggering 41-12 advantage in free-throw attempts. The fans howled and so did Dwane Casey, but when the howling ends, the gaping talent holes appear.

If there’s a positive, it’s that Griffin reaffirmed his standing as a passionate, determined superstar. It’s a sobering positive, because even with Griffin posting arguably the finest of his 10 NBA seasons, the Pistons remain stuck in the middle. Something has to change because this team isn’t nearly good enough, and outside of a trade or an astute first-round pick, I’m not sure how it gets better.