Gilbert's StockX could be a $1B 'unicorn,' despite having no profits

It's one of the puzzles of the internet age: How a company that has zero profits can be worth more than a billion-with-a-B dollars. But StockX, the Dan Gilbert-backed "sneaker exchange and fine goods marketplace" (another phrase that a tycoon of a past era, which is to say maybe 10 years ago, wouldn't recognize) could be in that pantheon, the Freep's John Gallagher reports. 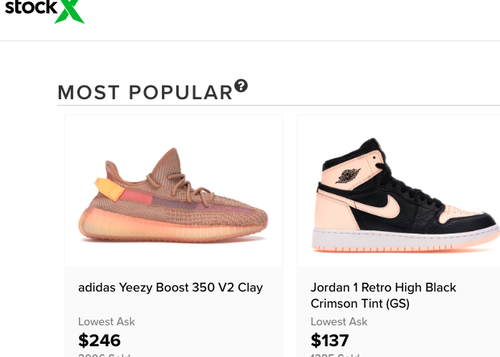 And if you're still puzzled over how, exactly, a sneaker exchange works, pay attention:The peg for the story is a report in the market journal Recode, that "major investors are ready to put big money into StockX," maybe pushing it over the billion-dollar valuation mark.

StockX serves as an exchange matching those trying to sell collectible sneakers and those who badly want them. StockX accepts the sneakers from the sellers, authenticates that they're not counterfeit, posts them on its website for potential buyers to bid for them, and handles the exchange of shoes and money.

...StockX makes its money by both taking a flat transaction fee and a percentage of each sale. The privately held StockX doesn't release financial data, but CEO and co-founder Josh Luber told the New York Times that StockX generated about $2 million in gross sales each day.

If you think this sounds like a high-wire version of tulip fever, well, you're very old and should see your doctor to have your cholesterol checked, because this is most definitely a Thing.

However, the proverbial storm clouds could be on the horizon:

And what Silicon Valley calls "blitzscaling" — incredibly rapid growth to gain market share at the expense of profits — makes sense for a time. But it can fall victim to competition. New entrants, after all, can take advantage of the same things that lured the first innovators, including cloud computing and the ubiquitous nature of smart phones and social media.