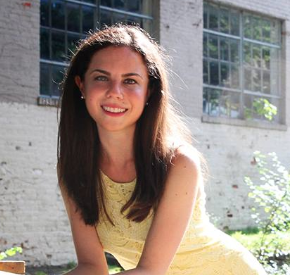 A novel concept for co-working spaces is coming to downtown Detroit.

The husband and wife team of Stephanie Steinberg and Jake Serwer, along with former New York Times reporter Bill Vlasic, are joining forces to launch a co-worker space in June on Washington Boulevard in downtown Detroit for "writers, entrepreneurs, creatives and anyone looking to improve his or her writing skills for business or literary works, " reports Louis Aguilar of The Detroit News.

He describes the business named The Detroit Writing Room:

The start-up appears to merge elements of writing workshops, public relations agencies, co-working spaces and the gig economy.  Potential clients will be able to hire "coaches" at an hourly rate to get consulting on a variety of writing and social-media needs

The Detroit Writing Room is the brainchild of Stephanie Steinberg, managing editor of Seen magazine, who along with her husband Jake Serwer, founder of Espresso Public Relations, have worked on the concept for three years.

A partner and investor is Bill Vlasic, a member of a Pulitzer Prize-winning team of reporters at the New York Times. Vlasic and Steinberg are also former reporters at The Detroit News.