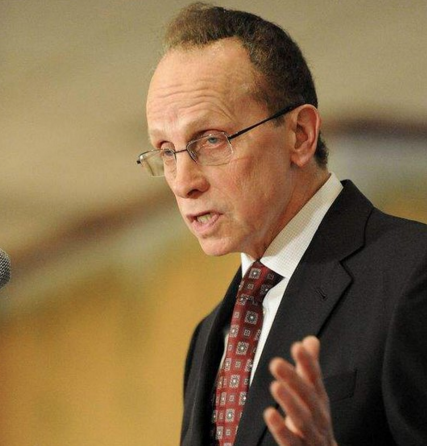 The master manipulator of Michigan’s third-largest city, Warren Mayor Jim Fouts, may be at it again.

As Tuesday’s filing deadline for 2019 city candidates expired, the controversial incumbent mayor not only may have paved the way for his re-election, he is working to create an election ballot for other races that could grant him full control of City Hall for another four years.

First, the 76-year-old mayor now conveniently faces a crowded lineup of nine challengers in the upcoming August primary and none of them, except for Councilwoman Kelly Colegio, a former Fouts ally, stands as a potentially serious mayoral contender.

Don’t be surprised if some of those numerous mayoral candidates eventually emerge as well-placed “ringers” – phony candidates designed to water down opposition to the incumbent on a busy ballot. That’s a very old trick in Macomb County politics.

Second, in retrospect, Fouts would not be eligible for re-election this year if a term-limits ballot proposal overwhelmingly approved by city voters in 1998 had not been malignantly altered after the fact. Now, thanks to Fouts maneuvering, he could serve a fifth term, through 2027, until he is well into his 80s.

Third, within his authoritarian demeanor, Fouts has made it clear for years that he intends to create a City Hall solely beholden to him. After all, when the former city clerk disagreed with Fouts some years ago on the mayor’s silly insistence to officially reduce Fouts’ age by two years, the mayor reportedly erupted in a tantrum, throwing a chair across the clerk’s office.

What’s more, as last Tuesday’s election deadline approached, it seemed that Fouts planned legal maneuvers to knock off the ballot one of his outspoken critics, county Commissioner Andrey Duzyj, who is running for a city clerk vacancy.

The legal claim prepared by one of Fouts’ newest appointees, city attorney Ethan Vinson, said that a county commissioner cannot run for a city office without resigning his current position, which an exasperated Duzyl called “total insanity.” County commissioners have run for numerous public offices in the past, including former Warren mayor Mark Steenbergh. Still, Duzyj plans to fight that ruling rather than roll over and go away.

Also, it should be mentioned that city attorney Vinson’s brother, Nathan Vison, publicly expressed an interest in running to defeat Duzyj for county commissioner for several years, beginning in 2004. Vinson finally ran against Duzyj in 2008 and lost by a 3-1 landslide.

Meanwhile, the woman appointed as the temporary, acting clerk, Sonja Butta, had said repeatedly – including at a public City Council session -- that she had no interest in running for the office. Yet, she suddenly filed to run for the clerk post this week just minutes before Tuesday's deadline.

In a city where cutthroat politics is the norm, Warren political observers see Fouts’ fingerprints all over this abrupt alteration of the election campaign landscape.

And finally, let’s be clear: A mayor in nearly any other Michigan city facing Fouts’ long list of controversies -- with a string of secretly recorded audio tapes revealing his virulent discrimination against blacks, senior citizens, handicapped children and battered women – would face practically zero chance of receiving forgiveness from the voters.

Beyond all of this, the mayor dodged a bullet when former state senator Steve Bieda of Warren brushed aside numerous attempts by voters and political activists to convince him to challenge Fouts.

Yet, the mayor is still not satisfied. He wants complete control of City Hall – the council, city clerk and treasurer.

Above all else, as in past election years, Fouts will play a major role – much of it behind the scenes -- in trying to assure that the council majority remains in his hands -- and for good reason.

His stranglehold on the current council let him avoid censure – or worse – after the first audio tapes emerged in December 2016. Outspoken Warren residents demanded Fouts’ resignation, with threats of a recall drive aimed at the mayor if he refused to exit.

But the council placed the matter on the shelf and Fouts continued to survive, even as more tapes surfaced. Fouts has consistently claimed that it is not his voice on those ugly audio recordings, but surely every member of council recognizes that distinctive voice as that of the city’s mayor.

In those various tapes, the mayor has used the N-word and referred to blacks as chimpanzees; said that handicapped children -- “retards” -- should be locked in cages or euthanized; called older women “dried-up c*nts;” complained that the treatment he received from the press was like being raped; suggested that a U.S. senator with a developmentally disabled daughter should have had the “mongoloid” child aborted; marveled at how easy it is to secure a 16-year-old prostitute in the Netherlands; and labeled homosexuals as “fags.”

And yet, somehow, some way, virtually no one who is a veteran of Warren politics, including those Fouts critics who were convinced his days were numbered two years ago, would bet big money against the mayor surviving the November election.

So it goes in the weird world of Warren’s election warfare.