How Bad Were the Tigers on Sunday? They Tied a Major League Strike-Out Record 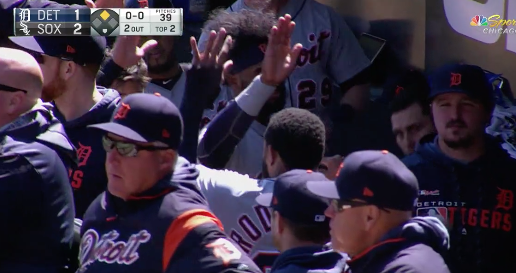 No one expected the Tigers to be very good this year, not even upper management. In fact, at 12-14, they're doing far better than people expected.

But in Sunday's 4-1 loss against the White Sox in Chicago, they really really sucked. Twenty out of 27 batters struck out, tying a major league record for a nine-inning game.

Detroit scored one run in the top of the second inning, and that was it.