Shoplifting Plagues Meijer Store at 8 Mile and Woodward in Detroit

Shoplifting isn't the most serious crime in Detroit. But it is significant if you're a business in the city trying to survive.

At Meijer at 8 Mile and Woodward, which opened a $20-million supercenter in 2013, shoplifting has been a persistent problem. And some of the accused thieve show up regularly in Detroit's 36th District Court. 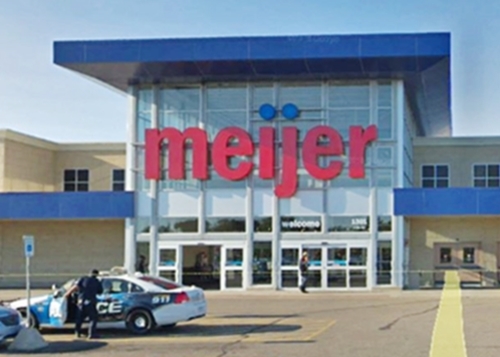 The branch at 8 Mile and Woodward. (Photo: Google Earth)

One or more appear before Judge Kenneth King every Thursday to explain their actions and, sometimes, accept their punishment, reports Oralandar Brand-Williams of The Detroit News:

A week later, King heard more shoplifting cases, including one in which defendant Jimmy Hayes asked the judge to lock him up, saying he couldn't help himself from purloining items from the local retailer.

"I don't want to go back to the same thing,"  Hayes, 37, told King. "It's wasting your time and my time." The judge obliged, sentencing Hayes to a year in the Wayne County Jail.

King, who deals with murders and rapes and other crimes, views shoplifting as a serious problem that "is a nuisance to the people who want to do business in the city of Detroit."

Despite the talk of a comeback, Detroit still has a dearth of good supermarkets. And shoplifting might pose problems for filling that gap.