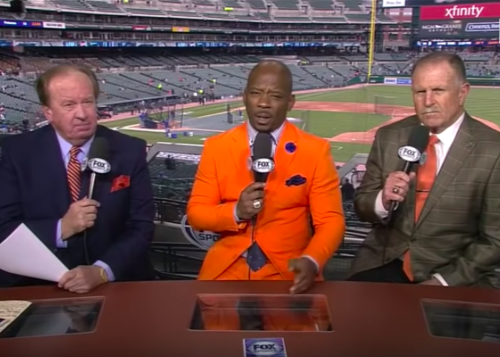 The acquisition is part of a $10.6-billion deal with Walt Disney that gives Sinclair 21 regional cable sports networks. The company achieved notoriety a year ago, when a viral clip revealed it was requiring its local news stations — seven of which broadcast in Michigan — to run right-wing propaganda.

No word on whether your Tigers broadcasts will now be laced with Trumpian rhetoric, but the deal is expected to further raise Sinclair's profile.

From The New York Times:

Known primarily as a broadcaster, Sinclair could become a significant player in cable with its acquisition of the regional sports networks, which are available only on pay television systems. The company now has the opportunity to bundle the sports networks with local news broadcasts to attract customers. (Broadcast stations, despite being freely available over the air, are also carried by cable and satellite operators for a fee.)

Sports content is considered extremely valuable because it continues to draw the largest audiences on television and is mostly viewed live, putting a premium on game-time advertising. The networks that Sinclair is acquiring are largely devoted to airing baseball and basketball games and carry high price tags for cable operators, which pass the costs on to customers.