Some Windsorites Object to City's $50,000 Sponsorship of Detroit Grand Prix 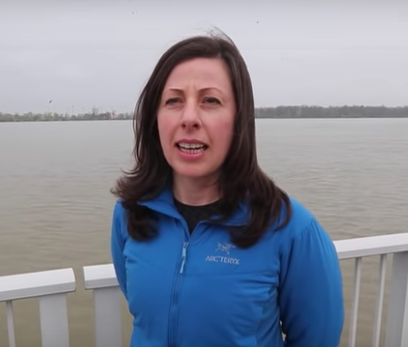 Windsorite Charlotte Loaring is “concerned and embarrassed” that the city of Windsor puts up $50,000 annually to sponsor the Grand Prix on Belle Isle.

She visits Belle Isle roughly once a week, and opposes how the Grand Prix takes it over for several months, threatening its natural and heritage features, reports Brian Cross of the Windsor Star. She also questions the wisdom of spending the money.

She hoped this year, with some new council members, the council would raise some objections, but it didn't. Then last month, the city and Grand Prix officials held a news conference along Windsor’s riverfront to announce special ticket deals for Windsorites and confirming the city’s $50,000 payment, the Star reports.

Some like Loaring claim the item was hidden in the budget.

“It was incredibly surprising news for many to read,” Loaring writes in a detailed open letter to city councillors and administrators. “How was this approved? Where exactly was it in the budget?”

Rookie Ward 10 Coun. Jim Morrison made his opposition to the sponsorship part of his campaign. So he went through the budget documents this year looking for the $50,000. He didn’t find it, so assumed it wasn’t being spent this year, he said. Then he was “a little bit surprised” when he learned the city was still a sponsor.

“You look through thousands and thousands of pages and you don’t see it, and you’re under the impression it’s not part of the budget,” he said.

Ward 9 Coun. Kieran McKenzie said he has been raising questions about the need for some sort of assessment on whether the city gets a good return on that $50,000 in the form of increased tourism and exposure. “I am planning on bringing forward a council question on that very issue (at the council meeting) on Monday,” he said.