Fieger for President? He Doesn't Rule it Out 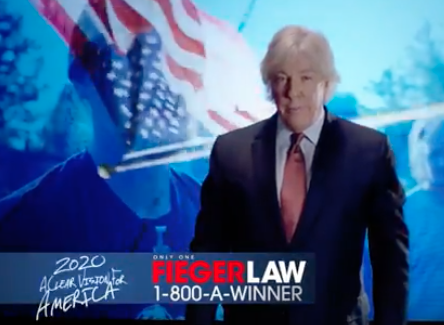 Some of attorney Geoffrey Fieger's TV commercials have included this little tag: "2020 - A Clear Vision for America."

So does that mean Fieger plans to run for president against Donald Trump?

Fieger tells Deadline Detroit that he hasn't ruled out that possibility.

"I don't know after 22 people are in the race," he said Monday, referring to the crowded Democratic field. "I might. I'll have to see."

He says the candidates are starting to campaign far too early.

"You don't need to dot that," he says, adding that it's far too traditional of an approach.

He says he's not sure, but it's not the way they're doing it, he insists.

In 1998, he ran unsuccessfully as the Democratic nominee for governor. He made several wild statements during the campaign including one that his Republican opponent, incumbent John Engler was "at a minimum, the result of miscegenation between human beings and barnyard animals."